Yesterday, defensive patent aggregator RPX announced its fourth quarter and full financial year 2017 results, and revealed what readers of this blog have known for several weeks: a “for sale” sign has been erected by the firm - or, as the company put it in a press release: “The Board of Directors is conducting a process to explore and evaluate strategic alternatives to maximise shareholder value.”

Last month, RPX began meeting with possible buyers, raising the prospect of an acquisition which could result in the company being taken private. The process is in its very early stages and yesterday board chairman Shelby Bonnie cautioned that: “No assurances can be made with regard to the timeline for completion of the strategic review, or whether the review will result in any particular outcome.”

Several sources have indicated that interested parties were waiting to see how the market would react to the numbers announced yesterday. With the share price hovering around $13 for some time the corresponding market cap of around $650 million was seen as too high for any buyer who would also be expected to pay a premium for the business. Yesterday’s numbers have clearly had an effect with the share price dropping rapidly at the start of today's trading to below $11.

RPX CEO Marty Roberts described the results as “solid”, with overall revenue for the year inching down to $330.5 million from $333.1 million in 2016. However, it’s the company’s short to medium-term prospects where red flags are likely to emerge for investors and potential acquirers.

The risks from NPE litigation in the US have, of course, declined markedly over the last few years as a much more challenging legal environment has seen the number of new lawsuits drop significantly and patent asserters willing to settle for far lower amounts than five years ago. That means that the return on investment on an RPX membership which typically runs to several million dollars per year looks very different to how it did a few years back.

“NPE risk has decreased appreciably in this current cycle and while patent risk continues unabated for many technologies, in some sectors the threat from predatory licensors has clearly declined,” Roberts said on an investor call. He went on to reference the “head winds” facing the company’s core business, but pointed to potential deals in the pipeline that, if they were to happen, would “provide catalysts for new client acquisition and increase revenue in the medium term”.

Roberts didn’t touch on client losses; although as we reported last month Microsoft has declined to renew its membership, becoming the highest profile business to pull out. It’s not clear yet if other large tech players, which form the bedrock of RPX’s membership, will follow but if the defensive aggregator’s guidance is any indication then the company is steeling itself for further losses or at least for a reduction in the dues from existing members.

Total patent risk management revenue for 2017 came in at $252.3 million, which was down by about $15 million year-on-year. According to the company’s own guidance, on a like-for-like basis (i.e., under the old accounting guidelines and not the new ones which will change how RPX’s patent business recognises revenue) that is expected to fall to between $205 million and $220 million in2018. That would represent a very significant decline for what remains the core of the company’s business.

And it seems unlikely that the discovery business is going to provide much relief. Its top line, which is not as directly affected by the turmoil in the US patent market or the accounting change, is expected to shrink from $78.2 million in 2017 to between $62 million and $71 million this year. RPX also announced that it was taking a non-cash impairment loss of $94.1 million with $89 million of that related to the discovery arm which the company bought for $232 million in late 2015. In its 8-K filing the company revealed that that was in part related to “decreased expected future cash flows from pricing pressures and competition in the discovery services marketplace”.

Of course, RPX could always outperform its own guidance but it seems that it is entering a period of decline at a time when it is casting around for buyers. That is a challenge for any business but particularly for one that has also seen a succession of senior departures over the last couple of years including CEO and co-founder John Amster. In other words a lot of strategic nous that could help turn things around has departed.

Despite the buzz around a possible buyout, yesterday’s numbers suggest that the share price has some way to fall before any deal for the pioneering defensive aggregator takes place. 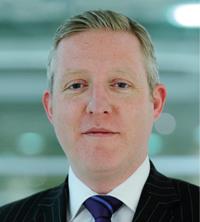