RPX is set to be sold to private equity outfit HGGC in an all-cash deal that values the defensive aggregator at $555 million. The acquisition - at $10.50 a share - was announced this morning and brings to an end months of speculation about the firm's future.
HGGC is based in Palo Alto and, according to its website, currently has $4.3 billion in cumulative capital commitments. One of its co-founders is American football Hall of Famer Steve Young. Although it has a substantial portfolio of tech businesses, RPX appears to be its first investment in a standalone patent business.
Today's announcement comes after IAM broke the news earlier this year that RPX's management was considering a sale. That followed the departure of its CEO and co-founder John Amster in early 2017 after his attempts to take the business private were blocked by the firm's board of directors.
Since then, bid speculation has swirled around the company which was founded in 2008 and had established itself as one of the leading players in the patent deals market. But at a time of falling litigation in the US and a diminished NPE threat, the firm has faced questions over its long term prospects and whether it can hold onto some of its largest, predominantly tech-focused clients. Microsoft recently decided not to continue its membership and there have been rumours that other big name corporates were considering doing the same.
In a statement HGGC CEO and co-founder Rich Lawson commented: “We are big believers in RPX’s mission to deliver patent risk and discovery management solutions to its clients. RPX’s and Inventus’s businesses begin and end with the trust of their clients, and we will continue to serve their best interests. We fully support the vision of the Company to build a much-needed clearinghouse in the broader market for patents and will continue RPX’s decade-long commitment to never assert patents.”
That would seem to suggest that HGGC is committed to the RPX’s core offering including Inventus, the e-discovery platform which the defensive patent player bought back in 2015 for $232 million, but had been looking to sell.
While $555 million is lower than RPX's investors might have been hoping for, an all cash deal in the face of uncertainty about the firm's ability to create a sustainable offering might well mean that they take the money and run. It will then be up to the senior managers who remain to work out with HGGC what to do with the business. Given the current flux in the US patent environment, this could be easier said than done. 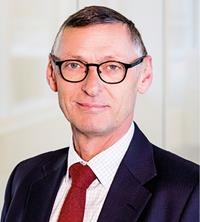