As we near the end of the year it’s list time and so here’s our run through of the most significant patent stories from the US. As with last year, we’ve ranked them in order of importance. Feel free to tell us where we got it wrong.

Kyle Bass and Erich Spangenberg file their first pharma IPR - When hedge fund investor Kyle Bass announced at a conference in January that he was preparing to challenge pharmaceutical patents through inter partes reviews, the patent world sat up and took notice. As he then started to file the IPRs, along with IPNav founder Erich Spangenberg, it quickly became apparent that their impact would be felt beyond just the pharma sector. Suddenly IPR reform became one of the key issues in the debate around further patent legislation with tech lining up against the drugmakers in a familiar patent face-off. With more than 30 IPRs petitions filed and seven instituted by mid-December – plus a clear signal from the PTAB that there is nothing wrong with bringing many more - how the Bass/Spangenberg reviews play out may also turn out to be one of the stories of 2016.

Samsung pays damages, CAFC says Apple should have been awarded an injunction - While Apple and Samsung agreed to bring an end to their litigation outside of the US in 2014, this year their battles continued through the US courts. In September the Court of Appeals for the Federal Circuit ruled that a district court had erred in not awarding Apple with an injunction after Samsung was found to have infringed a number of the iPhone maker’s patents. The two companies then announced in December that Samsung had agreed to pay the $548 million in damages which had been awarded against by US courts. However that was not the end of it as the Korean tech giant then revealed that it was taking the case to the US Supreme Court as it attempted to slash the penalty against it. Like the monster in a bad horror movie this one just wouldn’t die.

Patent reform stalls - As in 2014, patent reform dragged on for much of the first half of the year. Although bills were voted out of committee in both the House of Representatives and the Senate, IPR reform quickly became the dominant issue, with the biotech and pharma industries calling for changes to protect them from challenges to their patents. That proved one of several hurdles that legislators were unable to navigate and when the Innovation Act was dramatically pulled from a vote in the House in July it became clear that legislation was likely done for the year – especially as the anti-reform side of the argument has proved itself to be much more organised and effective than was the case previously. With 2016 set to be dominated by election fever, there’s every chance that reform will be left to the next Congress to handle.

Google and Microsoft announce peace deal - It didn’t draw the same headlines as Apple and Samsung, but Google v Microsoft was still one of the defining patent tussles of the smartphone wars – following Google’s inheritance of a tussle that Microsoft was fighting with Motorola Mobility. The détente, which was announced in September, arguably said more about a change of approach at Microsoft with the Windows giant placing more of an emphasis on collaboration and partnership since new CEO Satya Nadella took over in 2014. The pair even announced that they would be collaborating on several initiatives, including issues related to Europe’s Unified Patent Court.

Qualcomm pays $975 million to Chinese authorities and accepts new licensing terms  - These are tough times for Qualcomm. In February the company announced that it had agreed to settle an anti-trust investigation undertaken by the Chinese authorities by paying $975 million and agreeing to adapt its licensing practices in China. Although Qualcomm later revealed on a quarterly investors call that it was taking longer than expected to license Chinese operators, deals have followed with Xiaomi, ZTE and TCL. Those might point to better times in China but the company continues to fall under the glare of regulators in the US, EU and South Korea.

IEEE confirms new policy, four major tech players say “no thanks” - When the IEEE announced its new patent policy in February a group of companies including Qualcomm, Ericsson, Nokia and InterDigital confirmed what they had been threatening for some months. The quartet insisted that they would not license their standard essential patents (SEPs) under the new policy which they saw as tipping the balance in licensing negotiations away from licensors. Since then the two sides have been at something of an impasse with neither side backing down, while Qualcomm seems to believe that it may have found a way to bypass the policy altogether.

Heightened pleading requirements kick-in and cause big spike in lawsuit filings – On 1st December new pleading requirements were introduced in the US which brought patent cases in line with most other lawsuits requiring plaintiffs to provide more details of their case than had previously been called for. That looming deadline prompted many patent owners to act with 259 cases filed in US courts on 30 November alone. If that spike helps push 2015 litigation volume close to the highs of 2013 expect more discussion around runaway patent litigation; but also expect numbers to drop in 2016 and beyond.

Justice Scalia refers to a patent troll for first time in SCOTUS case - The Supreme Court case Commil v Cisco was one of those rare beasts – a decision from America’s highest court which was largely in support of stronger patent rights. But the case was perhaps most memorable for Justice Scalia’s dissent as he inveighed against the decision insisting that it “increases the in terrorem power of patent trolls”. It was the first time that the “T” word had been mentioned in a Supreme Court opinion in a patent case, although it wasn’t clear if Scalia could define exactly what a patent troll is.

Lee finally confirmed as USPTO Director - Michelle Lee was named as acting director of the USPTO in late 2013 but was not put forward for the top job until October last year. Officially confirmed in March, any doubt that Lee would be leading the USPTO in the final years of the Obama Presidency were finally laid to rest. Her confirmation was vital at a time of mounting challenges and uncertainty in the US patent system; something that was clear when she talked to IAM in an interview that was published in two parts on 30th November and 1st December.

Boris Teksler takes the reins at Unwired Planet - The NPE sector took a beating in 2015 as the shares of the public IP companies (PIPCOs) took a nosedive and the narrative of innovation-destroying trolls continued to find adherents on Capitol Hill. But one bright spot was the appointment of Boris Teksler as CEO of Unwired Planet. With a career that has included stints at Apple and Technicolor, Teksler certainly has an impressive track record. And with more than 2000 patents to monetise, including a big chunk from Ericsson, he undoubtedly has the firepower at the NPE – something he told us all about in an interview published in September. A November infringement victory over Samsung and Huawei in a London court, following a pre-trial settlement with Google, gave Teksler and his team an impressive early win. He will be hoping for and expecting more. 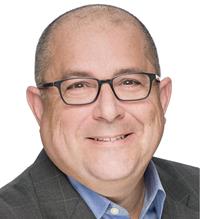