Latest data points to another drop in US patent litigation 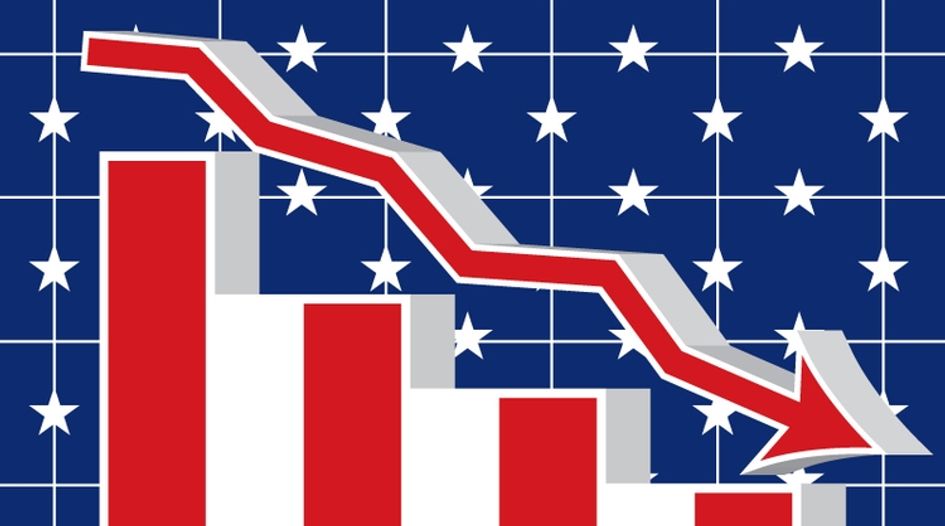 Patent litigation in the US is on course to decline again this year as the climate continues to put IP owners off from bringing infringement lawsuits. The news comes courtesy of Unified Patents’ report on third quarter litigation - even though it actually showed a slight uptick in the number of suits lodged in district courts.

The number of new cases filed from July to September was 842, up from 818 in the second quarter but down on the 865 suits brought in the same period last year. With the volume of new filings below 900 for the last five quarters the market seems to have settled into a new normal.

Extrapolating the numbers for the whole of 2018, Unified predicts that approximately 3,380 suits will be filed this year, down from last year’s total of 3,657. If that were accurate then it will mean that patent litigation would have dropped by around 2,500 since 2015. That year 5,838 suits were brought, which was close to an all-time high, beaten only by 2013 when approximately 6,000 infringement cases were filed.

Unified is also forecasting a drop in the number of post-issuance reviews brought at the Patent Trial and Appeal Board (PTAB) with a little over 1,650 set to be filed in 2018 according to its analysis. That would mean a decrease of around 150 from last year’s total of 1,796 reviews, which was the most since the PTAB was created in 2012.

Beyond the overall headline figures there are a few other points that stand out from Unified’s Q3 report.