Japan's uneasy relationship with patent monetisation is the cover story in the latest issue of IAM, published today

Issue 71 of IAM has been published online and is available for subscribers to view.

The cover story focuses on the uneasy relationship that Japanese companies have with IP monetisation. Although they have built some of the world’s biggest patent portfolios and regularly feature in the lists of leading annual grant recipients for all major issuing authorities, unlike their equivalents in North America and Europe few have looked closely at the various ways in which they can maximise the value of the assets they own.

We explore what it is that makes the Japanese so reluctant to abandon their traditional, defensive approach to patenting – and especially why they are so reluctant to monetise their rights in partnership with non-practising entities. Although there are some indications that the tide is turning, if the process is to gain momentum it is not only the Japanese that need to look at their strategies.

We also carry the results of two annual surveys that focus on the US market. In the first, we reveal which US law firms are securing the highest quality patents for their clients, and explain why being able to do so is more important than ever; while in the second name the US Patent 100 – the entities that own the largest active US patent portfolios, as identified by MDB Capital Group.

There are plenty more articles on top of these, including a piece that explores China’s potential to become a global hub for patent litigation and another which sets out why Korea is developing into an important IP marketplace. Elsewhere, authors from Rovi and IBM explain why helping to manage the innovation lifecycle should be a crucial part of the job of in-house IP executives; while two members of the Rambus legal team explain how the company has re-engineered its offering to place much greater emphasis on product innovation.  Another piece takes an in-depth look at the workings of the increasingly important Patent Trial and Appeal Board at the USPTO.

Hard copies of IAM 71 are currently being sent out to subscribers and should shortly be hitting desks. The next issue publishes on 1st June. 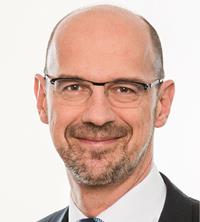