From the archive – IV through the years

There are few companies in the patent market that have generated as much gossip, speculation and outright sniping as Intellectual Ventures. Like it or not, the giant NPE has blazed a trail over the last 20 years, acquiring thousands of assets, raising hundreds of millions of dollars and rattling plenty of cages along the way.
In its early days, IV wasn’t particularly keen to talk to the media - at least on the record - but that changed a little in 2006 when co-founders Nathan Myhrvold and Peter Detkin sat down with IAM for an interview.

In this week’s look through the IAM archive, we turn our attention to some of IV’s ups and downs as track a company that in many ways has been a barometer for the market overall.

How Intellectual Ventures is streamlining its portfolio

By comparing Intellectual Ventures’ announced 2013 assets with its 2016 assets, it is possible to draw conclusions about the firm’s buying, selling and assertion activity—and to identify what you can do to help yourself should it come knocking.

At the end of last year, Intellectual Ventures launched a public database providing details of 33,000 patent assets that it currently owns and manages, allowing an in-depth analysis of its portfolio for the first time.

By Kent Richardson and Erik Oliver (May 2014)

With a mountain of money in the bank and a wide-ranging investment strategy, Intellectual Ventures continues to drive the IP market forwards.

IV moves from myth to reality

Until recently Intellectual Ventures had operated in almost total secrecy, revealing nothing and seemingly happy to allow rumours about its business model become accepted truth. Now, however, senior directors Nathan Myhrvold and Peter Detkin are beginning to talk. 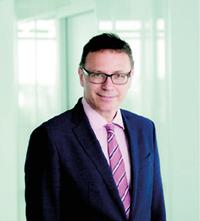