Issue 77 of IAM now out, with a cover story focusing on IV's changing patent monetisation strategy

The latest issue of IAM has now been published and is available online to all our subscribers. The cover story this time around focuses on Intellectual Ventures. For many years, the firm kept its cards close to its chest - rarely speaking to the press, even more rarely discussing its business model and never, ever revealing the identities of its investors – but these days it is probably one of the most transparent operators out there.

For example, it is now possible to take a close look at the vast majority of its patents and, as a result, to work out the kinds of strategies it might pursue to monetise them. That is exactly the task the article’s authors set themselves. What Erik Oliver, Kent Richardson and Michael Costa found is an organisation in the process of recalibrating its portfolio to make it smaller and more sharply focused on top quality. That will have significant consequences for the companies the firm approaches for licensing deals, the trio says. You have been warned.

Also in this issue, we publish the results of Ocean Tomo’s annual assessment of which US law firms secure the highest-quality patents for their clients; while our North America editor Richard Lloyd asks what the term actually means at a time of confusingly mixed messages from the courts, the US Patent and Trademark Office and legislators. In addition, we run this year’s US Patent 100, data produced exclusively for IAM by MDB Capital, which lists the owners of the 100 biggest active US patent portfolios.

Elsewhere, we profile Alyssa Harvey Dawson, the very busy and inspiring head of IP at Harman International; and we explain why China may be set to experience a licensing boom. Staying in the Middle Kingdom, Tencent’s general counsel argues that when it comes to IP protection and enforcement, the country too often gets an undeservedly bad press.

There’s plenty more besides, including an article on India’s developing IP landscape written by Jack Ellis. Until very recently Jack was IAM’s Asia-Pacific editor based in our Hong Kong office, but now he has handed that baton over to Jacob Schindler. Fear not, though, for Jack – now based in New Zealand – will still be contributing to both this magazine and the IAM blog in a freelance capacity. That is good news for us and, we believe, for our readers too. 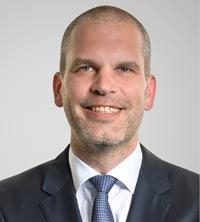