IP3 results announced – more than $5.3 million spent with an average price of $96,000 per patent family

AST announced the results last week for the Industry Patent Purchase Promotion (IP3), the initiative backed by 21 companies designed to give patent owners a quick and easy way of selling their patents. The headline numbers are that IP3 made 56 offers to purchase 107 active patent filings at an average price per family of $96,000. The total expenditure was over $5.3 million with the purchase prices ranging from $10,000 to $325,000.

Over 2 weeks in May and June patent owners who were interested in selling their IP could approach IP3 with a no-negotiation sale price. That led to 1,378 deals submitted by 434 patent owners, the vast majority of whom had experience of the secondary patent market.

Those offers were then evaluated by AST and then the 21 member companies – which included Google, Apple, Microsoft and Ford – were brought together for one day to decide which patents they wanted the platform to buy. IP3 is modeled on the Patent Purchase Promotion which was launched by Google last year in an effort to simplify patent transactions.

Both platforms ended up buying a fraction of the patents that they were offered which perhaps once again proves that very few issued patents are actually worth anything. In an interview with the IAM blog AST CEO Russell Binns insisted however that the scale of dealmaking was still significant. “We did 56 deals in one summer – I don’t know anyone else who has done that many in such a short space of time,” he commented. Binns also revealed that AST was now looking to buy some of the patents that IP3 had passed on. “There were numerous quality assets and we couldn’t buy them all,” he said.

Taking out the haggling over price, Binns stressed, made the deal process much more efficient. “This type of programme just works,” he enthused. “We had a lot of demand from sellers and buyers and the no-negotiation price policy allowed us to make quick decisions among the members.

In addition, the AST CEO said he was struck by was how reasonable most sellers’ price demands were. Some, however, had clearly not been keeping up with the state of the patent deals market with three separate sellers making $1 billion-plus offers including one for $6 billion covering just one patent.

The next step for IP3 is to re-sell the assets it has bought (member companies receive a licence to all of the acquired patents). To make them more attractive to buyers, Binns said that they would package some together but he stressed that this was not a profit-making exercise. “There is no expectation that we’ll get what we paid for them in return,” he insisted.

Beyond that the picture is a little murkier. Binns said that AST was now looking at ways in which it could integrate parts of the IP3 model, such as no-negotiation pricing, into its own buying programme. IP3 has once again shown that there are plenty of IP owners who are interested in selling their patents and has offered AST and the member companies a glimpse of which assets are out there on the secondary market. For some that information may prove more valuable than licenses to the acquired patents. 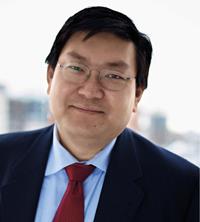