A rundown of some of the top news stories on the IAM platform in December, January and February

Yesterday’s decision from the Court of Appeals for the Federal Circuit (CAFC) in TCL v Ericsson can only be seen as a significant victory for the Swedish telco.

A unanimous three-judge panel, with Judge Chen writing the opinion, ruled that the wireless leader had been denied its right to a jury trial – as per the US Constitution’s Seventh Amendment – to determine an appropriate release payment for TCL to cough up for previously unpaid licensing royalties.

This, in turn, meant that the CAFC vacated a lower court’s judgment that Ericsson’s licensing offers were not FRAND and its determination of prospective FRAND royalty rates because: “Both determinations were predicated on common issues to the improperly decided release payment.” The court also reversed the dismissal of Ericsson’s patent infringement claims against TCL and the Chinese company’s related counterclaims of invalidity.

Private equity outfit WestView Capital Partners has bought a majority stake in Unified Patents, providing the defensive operator with a significant investment boost as it moves into new areas such as standards.

Unified announced that it had partnered with the Boston-based investor in its first major external investment since being founded in 2012.

Until now, Unified has largely been funded by annual membership fees, so securing the backing of Westview hands co-founders Kevin Jakel and Shawn Ambwani a significant kitty with which to invest – and, presumably, a nice payout for themselves.

Huawei has signed an agreement to join the HEVC Advance patent pool as both a licensor and a licensee, IAM has learned. The licensing group is set to announce the addition alongside that of another major patent owner in the space – LG Electronics – early this month.

It will be a landmark moment for the Chinese telecoms giant, which has generally gone its own way in the past, rather than take part in major patent licensing pools. While the unilateral approach generated royalty streams totalling $1.4 billion from 2015 to 2019, Huawei’s licensing demands of US companies such as Verizon have recently drawn negative attention from US policymakers.

If the move to HEVC Advance marks the beginning of greater engagement with pools, it could be part of an effort to underline Huawei’s willingness to work with other major stakeholders through collective industry groups. Alternatively, it could simply be part of a push to boost its IP revenues amid business uncertainties.

Sonos has for some time appeared to operate under the threat of being muscled out of the home audio market by some of the largest players in tech, particularly as those big names have moved into the smart speaker space.

In recent years, the company has struck the delicate balancing act of partnering with such businesses to include extra functionality in its speakers, while also attempting to see its intellectual property respected.

Yesterday, that balancing act was disrupted by the news that Sonos had filed a lawsuit against Google in the US District Court for the Central District of California, accusing it of infringing five patents and launching a parallel case at the International Trade Commission.

The news that the US Supreme Court has denied certiorari in a flurry of patent cases, including several closely watched 101 disputes, will disappoint many in the IP community, particularly those in life sciences who have been leading the call for changes to the law governing patentable subject matter.

IBM signs up with the LOT Network

IBM has announced that it has joined the License on Transfer Network (LOT), becoming the latest major patent owner to sign up to the defensive operator.

The decision comes after the tech giant’s acquisition of Red Hat closed last July. The open source pioneer was an early member of LOT and once the purchase was complete, IBM had six months to decide whether to join the network or to pull Red Hat out.

Soon after it announced its deal for Red Hat, IBM signalled that the merged company would remain committed to various initiatives, including LOT.

Another big-name exit from the Microsoft IP team revealed

IAM can exclusively reveal that Microsoft’s chief patent counsel Micky Minhas is leaving the company after almost eight years with the business.

Minhas has become one of the most prominent figures in Microsoft’s IP team and a highly respected dealmaker. His big-ticket transactions include a 2016 deal with Xiaomi, a 2018 cross-licence with LG Electronics and a broad tech deal with drone operator DJI.

Minhas joined Microsoft in 2012 after a 12-year stint at Qualcomm, where he was vice president of patent strategy and a patent portfolio manager.

It looks like Samsung and Sisvel have concluded another significant deal, although neither entity is talking about it. Indeed, a visit to Sisvel’s website reveals that Samsung has been added to the list of licensors and licensees of the Luxembourg-based firm’s DVB-T2 patent pool.

DVB-T2 – or Digital Video Broadcasting-Second Generation Terrestrial, to give its full title – is a high-speed, digital broadcasting standard that has been implemented in many parts of Europe, where it is forecast to reach over 70% of homes by 2022, as well as elsewhere in the world. For this reason, it of huge importance to TV manufacturers – as the list of Sisvel licensees makes clear.

Vivo picks up hundreds of patents in Nokia deal

A series of patent transactions recorded last week at the USPTO indicates that Chinese smartphone manufacturer Vivo has made a significant patent acquisition from Nokia. It also strongly suggests that the Finnish telecom has managed to get another massive Chinese smartphone player under licence.

Assignments recorded in July and September 2019 show that Nokia Technologies, Nokia Networks and Solutions, and Cellular Communications Equipment LLC altogether transferred 100 US patent rights to Vivo. The documents reveal that the portfolios changing hands are global in nature, including assets across the major patent jurisdictions of Europe and Asia. The total number of rights runs into the hundreds.

This afternoon Huawei announced patent suits against US wireless carrier Verizon in the Eastern and Western district courts of Texas. The assertion of 12 US patents comes after a brief outcry last summer when it was reported that the Chinese company had demanded up to $1 billion in patent royalties from Verizon. 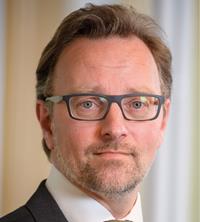