IAM understands that RPX co-founder John Amster has stood down as CEO of the defensive patent aggregator.

As yet it is not known if he has been fired or has left of his own volition, but his departure comes less than a year after investment firm Mangrove Partners bought a large stake in the business and issued a withering critique of the management and its practices; and, among other things, called for Amster’s exit.

According to one source, senior vice president and general counsel Marty Roberts has been appointed as Amster’s replacement, at least on an interim basis. Roberts joined RPX in 2010, two years after it was founded, after stints as general counsel of Linden Lab and before that as deputy General Counsel of eBay. An RPX announcement of the moves has been scheduled for Monday.

For Amster, this latest development represents a remarkable fall from grace. Having established RPX in 2008, he pioneered the defensive aggregation model, along with co-founders Eran Zur and Geoffrey Barker, offering the firm’s members a level of protection from assertions, principally by NPEs, in part by buying patents in the market which were then licensed to the membership. RPX listed in 2011 raising $160 million and seeing its share price jump more than 25% on the first day, listing at $19 per share before closing at $23.88. Most recently the shares were trading at just under $11.

Under Amster, RPX has been an active player in the acquisitions market, playing a role in deals involving the Kodak portfolio and the acquisition of the legacy Nortel assets from the Rockstar consortium. As the aggregation business has shown signs of slower growth, the RPX looked to diversify adding an insurance arm and buying discovery management business Inventus in December 2015 for $232 million.

The slowing growth in RPX’s main patent business, in part, reflects the reduced NPE threat that many businesses now face. Although they remain a significant driver of lawsuits, a number of NPEs, particularly those that are public, have struggled in the face of a far tougher legal and political climate in the US.

With Amster’s exit all the co-founders have now left the company. Zur exited in 2011 launching his own monetisation firm before joining Fortress Investment Group to launch a new IP finance business; while Barker departed in 2016. Several other senior executives have also left the firm in recent years including Dan McCurdy who announced in December that he was leaving to join Quatela Lynch, the IP advisory business set up by former Kodak IP executive Laura Quatela (it is now known as Quatela Lynch McCurdy).

RPX has been contacted for comment; we will add to this story as and when we hear back from the firm..

@IAM_Alerts Joe Siino tells IAM that Via Licensing has secured virtually all the key innovators behind MPEG-H to roll out a uni… https://t.co/dxNsyACKk1 Read more

@IAM_Alerts The long-term implications of the Supreme Court’s Arthrex decision are so profound that Congress should take a new… https://t.co/sgdYu7dXHP Read more 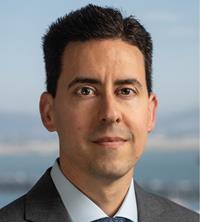