A group of major patent-owning companies - Google, Microsoft, IBM, Ford, Apple, Cisco and Facebook among them - have banded together to form the Industry Patent Purchase Program – or IP3 – providing patent owners with a streamlined way of selling their IP. The new initiative has been developed in conjunction with AST which will play the central role in administering the project. In effect it is the second iteration of Google’s Patent Purchase Promotion, which the search giant launched last summer and which saw it buy up a number of patents in a price range of $3,000 to $250,000.

The new initiative will buy families of patents that include at least one US grant. These will then be licensed to those companies participating in IP3 and ultimately resold by AST. According to Russell Binns, the defensive patent aggregator's CEO, discussions around launching IP3 started when Google approached AST last year; work, though, didn’t start in earnest until January. “After they did their programme they thought it would be a great programme to do a little bit more industry-wide,” he commented.

That initial inquiry led AST to put together a small group of companies to scope out what Binns referred to as “the nuts and bolts” of how a new programme would work. “As we went along we built up interest and got a number of companies involved,” he added. “The working group was meant to be a diverse group of companies - businesses that were not similarly situated - so we tried to have a mixture of some small, some large, some medium sized companies across different industries.”

IP3 will launch with 18 participants – also including Adobe, SAP, Honda, Hyundai, Kia Motors and Verizon - although Binns said there was still an opportunity for that number to grow further. Those taking part will pay a certain amount into a central fund which AST will then use to buy any patents that it deems worthwhile. There are different levels of membership depending on how much a company pays, with the more that is paid in determining how much comes back when AST, which is non-profit, sells the patents.

As with Google’s original programme, part of the attraction of IP3 is meant to be the speed with which any deals can take place. Patent owners will be able to submit their patents for consideration – along with the price they want - for two weeks starting on 25th May. These will then be evaluated by AST using a number of external, subject-matter experts and some machine learning analysis, with all of the sellers notified by the end of July about whether they will move to the next phase of due diligence. Agreements with the sellers will then be in place by the end of August and payments made by the end of September.

“Selling your patents can sometimes take six months to a year, especially if you have to prepare claim charts and do all sorts of other work before you introduce your portfolios to the market,” Binns remarked. ‘With this programme none of that is required, you just have to identify your family of patents, we’re going to do all the work.”

One of the most notable parts of this new initiative is the broad range of companies that are involved. In recent years, particularly at the height of the smartphone wars, it has been more common to see the likes of Google and Microsoft doing battle in the courtroom, rather than coming together to try to buy assets that might otherwise end up in the hands of competitors or NPEs (although it has been done before - most notably with the Nortel, Kodak and Rockstar patent sales). IP3 is perhaps another indication of a shift in the market which has seen a greater emphasis being placed on collaboration.

If you’re looking to acquire patents right now is probably a good time to buy. As Binns pointed out the supply of assets for sale has been fairly healthy for several years, it’s just that the price most buyers are prepared to pay has remained depressed. “There’s still a pent up demand to sell assets and I think some sellers are struggling with how to do that so I think the timing is right for this programme,” Binns said. “I expect to see thousands of assets submitted and I expect us to have a good choice of patents.”

Given that some are now talking of a recovery in the patent market, by the time that AST comes to re-sell any patents that it buys there’s every chance that prices will be heading back up. Plus, according to Binns, AST may choose to group relevant patent families together to make them into more attractive packages. What is not clear is whether the right to buy the patents from AST will be restricted to certain types of entity. At least some of those involved in IP3, such as Google and Cisco, have been very vocal about not selling to NPEs, but as they will not ever own the patents AST acquires themselves that may not be so much of an issue. Of course, if you reduce the buying pool, you may also reduce the amounts that you can raise - though as a non-proft, private firm that is not an issue for AST itself.

The fact that it is taking the central role in IP3 is a significant boost to AST. In many ways it has been in the shadow of its listed, profit-making peer RPX, which has been perhaps the most significant player in the acquisition of large-scale portfolios such as Rockstar and Kodak.

This doesn’t mean that RPX’s position at the upper end of the high-value acquisition chain is necessarily under threat, but if this programme is successful it will surely enable Binns and his colleagues to build stronger ties with a larger pool of operating companies and possibly become a much more credible player for higher value assets. “This is so close to AST’s business that I think we were a natural choice,” Binns remarked. “Our normal business already takes money from across a large number of members to put deals together. It’s just that the normal AST model requires a long time in getting people interested in the assets and then negotiating. This is an attempt to streamline that process and attract more sellers and take more patents off the secondary market.”

For some small inventors and SMEs who have spent the past decade railing against the injustices of the patent system, thanks to reform legislation and decisions from the Supreme Court and the Court of Appeals for the Federal Circuit (CAFC) making it much harder to get accused infringers to take a licence, their response to IP3 may not be printable. The fact is that, whatever the good intentions, the market now has an immensely powerful group of companies acting in harmony with the kind of capital to buy up large numbers of patents and glean huge amounts of information about an even broader range of assets. That is not usually a recipe for driving prices back up.

Binns expressed some sympathy for those smaller players, but observed that, as the pendulum starts to swing back in favour of patent owners, they should also benefit. “I am very sympathetic to patent owners who don’t know where the system is going right now – every court decision seems to throw chaos into the mix,” he admitted. “But I think you’re going to see the courts slowly working their way through the uncertainty and giving a little more structure and in the end I think it’s going to lead to a system where patents are valued more.”

In the original patent purchase promotion Google reportedly bought 28% of the patents that it was offered while the median asking price of all submitted patents was $150,000. With AST now coordinating a sequel, the question is how could do the programme evolve? According to Binns, depending on the success of IP3, we can definitely expect more. “One initial thought has been that we might do it in particular zones and do more focused programmes in a particular technology,” he disclosed. 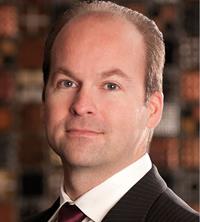