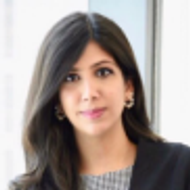 Over the past decade we have seen AI become more entrenched in everyday activities. From the customer care chatbot that tells us to wait while they connect us to a human representative to the human-like voices of Alexa and Siri giving us daily weather updates and the facial recognition feature on our smartphones, these are just some examples of how we have unconsciously adopted AI-assisted technology in our lives.

According to the Merriam Webster dictionary, ‘AI’ refers to a machine’s ability to imitate intelligent human behaviour and perform tasks that typically required human intelligence.

As per WIPO’s ‘Technology Trends 2019’ (1055), the most predominant functional applications for AI have been filed in the fields of telecommunications, transportation and life and medical sciences, where activity is mainly in computer vision, natural language processing and speech processing. AI’s role in the healthcare sector during the covid-19 pandemic has been crucial, with several pharmaceutical companies, including Healx, BenevolentAI and Gero, using AI to find a cure for the virus.

India has become a hotspot for filing AI patent applications. The Indian government is aware of AI’s potential to boost the country’s economy; therefore, among other initiatives, it has set up venture capital funds to support AI start-ups. This is corroborated by the WIPO Technology Trends Report, which places India in eighth place for AI patents in first-to-file regions since 2015. International companies such as Microsoft and Accenture, and Indian companies such as Tata and HCL Technologies, are among the top patent filers in India.

It is important to understand that an AI invention is not a single invention and comprises complex combinations of computational/mathematical methods and/or algorithms. As per Section 3(k) of the Indian Patents Act 1970, mathematical or business methods, computer programs per se and algorithms fall under the category of non-patentable subject matter.

AI-backed technology falls under the ambit of computer-related invention (CRI) guidelines, which previously excluded a computer program or algorithm from being patented. However, the landmark judgment of the Delhi High Court in Ferid Allani v Union of India has provided a liberal view of this.

In the case at hand, the Delhi High Court re-analysed the bar on patentability of computer programs to be more in line with today’s digital world. The earlier Intellectual Property Appellate Board judgment refused the patent application as the method claims were computer program-based and therefore non-patentable subject matter under Section 3(k) of the Patents Act. Further, the system claims lacked novelty as well as inventive step. However, on appeal, the Delhi High Court held that a blanket ban on computer programs per se would be retrograde for all inventions (including AI).

In view of this, an AI patent application must highlight that the mathematical/computational method and/or algorithm leads to superior technical results and is not just an optimisation of a prior patent art. Further, the AI patent application must be as descriptive as possible and must provide full disclosure of the essential features of the invention/inventive step in detail. In several jurisdictions, inventions must be described in a manner that a person skilled in the art can replicate.

The issue of AI being listed as an inventor in a patent application has become a hotly debated question across numerous forums.

In several jurisdictions listing an inventor that does not contribute sufficiently in the conception of the invention is a punishable offence. As heuristic algorithms are becoming the norm and there is less human intervention in the invention process, the ultimate invention created by an AI tool may be substantially different from the initial concept, meaning that a human may not be eligible to hold the title of inventor. So, should the AI technology be given the status of the inventor? The answer remains ambiguous.

While Section 6 of the Patents Act requires that a ‘person’ be an applicant for a patent application, the definition of ‘persons’ under Section 2(s) includes the government – a non-natural entity. Thus, there has been ambiguity with regard to this concept in the past, but the tendency based on precedents necessitates human intervention for an AI invention to be considered patentable.

The hesitation to re-structure existing laws to incorporate AI as an inventor is multifold. In addition to the above, the concept of the liability of AI in cases of infringement and the court’s ability to enforce such liability remains unresolved.

Parallel to this, as more machines are being created with better learning capabilities and autonomous thinking, granting patent rights to AI-generated inventions would act as a catalyst for superior improvements in every field, which would have otherwise been impossible to obtain or would have taken a long time if relied solely on human ingenuity.

In 2017 Facebook was forced to stop its research on AI and shut one of its AI systems, stating that things had got out of hand after chatbots started speaking in their own language, which used English words but could not be understood by humans. Further, in 2019 Bill Gates said that “AI is like nuclear energy – both promising and dangerous”.

However, the path to technological development has been – and will always be – riddled by fear of the unknown. Since AI is the undeniable future, it is only a matter of time before jurisdictions will need to match its pace and make subsequent changes to their laws and regulations in order to both limit and promote AI. The importance and brilliance of AI cannot be ignored in the coming era.