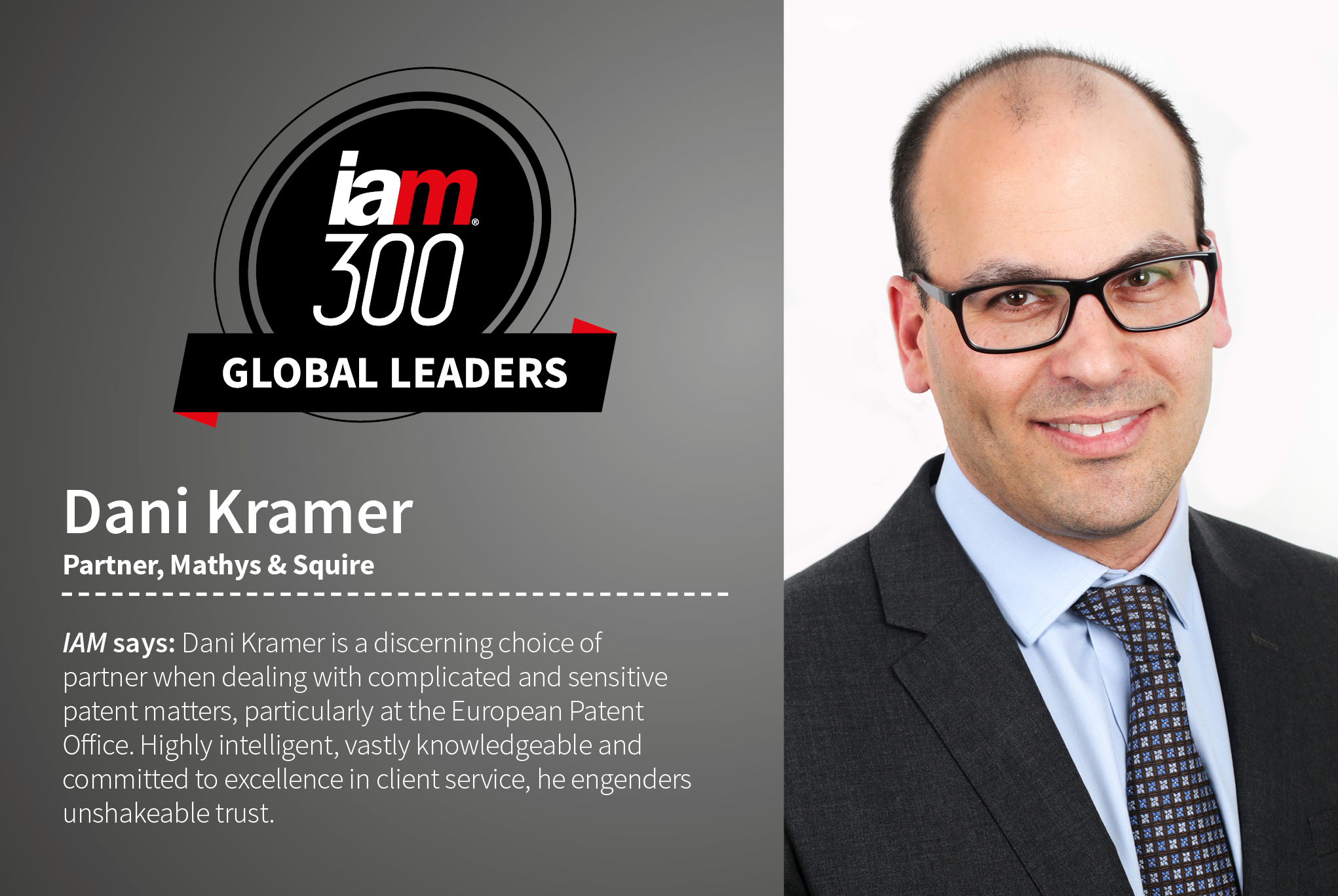 Which of the cases that you have worked on have been the most memorable and why?

One particular case that sticks in my mind is the work that I did for the BBC in securing protection for its iPlayer platform. I must admit that when the inventor first demonstrated the concept to me back in 2004, long before any streaming or catch-up TV services were available, I did wonder why anyone would choose to watch television on a laptop. Now, catch-up TV and streaming services are more popular than traditional terrestrial broadcast TV, and the BBC, in being one of the first to file patents directed to this technology, has important patents in this area.

You have represented clients ranging from small start-ups to multinationals. How do client demands vary depending on the type of company – and how do you adapt to this?

Although the IP budgets of small start-ups and multinationals vary considerably, I have found that, in recent years especially, the needs of small start-ups are not actually so different from those of multinationals where strategic IP advice is concerned. I have found that as long as I keep in mind the business needs of my client – specifically, the commercial relevance of their intellectual property – I can adapt my advice accordingly.

What are the biggest challenges currently facing SEP holders in the HEVC MPEG space?

HEVC faces the fairly unusual situation of fragmented patent pools. This fragmentation raises issues for both HEVC SEP licensees and licensors. For licensees, patent pools have traditionally provided a certain peace of mind; for the AVC standard, membership of the MPEG LA pool is likely to be sufficient to avoid patent issues. However, for HEVC, licensees must either sign up to the three major patent pools (and a raft of licences from independent companies) or accept an uncomfortable level of risk. The situation is also not ideal for licensors, which face a tricky decision with regard to which pool(s) to join. Each one offers different reward structures and participation conditions. Therefore, determining which one to join is far from straightforward. This problem is exacerbated by the large numbers of patents in each pool, making it difficult to assess the relative strengths of the pool.

You are known for your expertise before the EPO. What, in your experience, are the most common mistakes that parties make before the office?

I often find that I need to address problems that were introduced long before my involvement. This is usually because the patent application was not drafted with European prosecution in mind. Patent owners are often surprised to discover that their European patent application faces stiff resistance before the EPO, despite having been successful in other jurisdictions. In a worst-case scenario, failing to draft an application with European prosecution in mind, might result in an otherwise patentable invention being refused before the EPO. Patent owners wishing to secure strong patent protection in Europe should consult with a European patent attorney from the outset.

What are three big developments in the high-tech sector that you can see coming down the pipeline – and how can companies prepare themselves?

I think that the high-tech sector will finally see the potential of some of the most hyped technologies being realised. The rollout of 5G networks has been slower than predicted, but I expect them to really take off and empower a range of new and existing technologies, including the Internet of Things and driverless cars. Other significant developments that we can already see picking up are AI on the edge and the use of high tech (eg, robots and computer vision) in agriculture.

For companies perhaps not currently involved in the above areas, I would recommend being open to embracing products and solutions using these technologies so that these entities are not left behind – there are very few areas in which 5G or AI on the edge will not be applicable.

For those that are already involved, I would emphasise the importance of having a suitable IP strategy in place. The first-to-file nature of the patent system places great emphasis on seeking patent protection early on, and our most successful clients active in these areas have been protecting their intellectual property from the outset. Thus, I would recommend reviewing your intellectual property on a regular basis and strategically evaluating how best to protect it – be it via patents, designs protection or know-how.