Cryptocurrency regulation is on the way in Autumn 2018 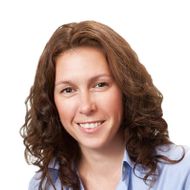 Since 2017, bitcoin, cryptocurrencies and blockchain-based technologies have been a frequent area of focus for regulators in Russia. The prevalence of these technologies was prompted by the rapid emergence of:

As is often the case with proactive markets, regulators have largely been forced to catch up. In March 2018 a number of draft bills regulating cryptocurrency, ICOs and crowdfunding were introduced to the State Duma, including:

In May 2018 the long-awaited draft bills were approved in the first reading at the State Duma. The bills introduce various concepts that are new to Russian legislation, such as:

The primary goal of the legislation is to provide a legal platform on which to introduce more detailed regulation of the circulation of cryptocurrencies in Russia.

With respect to exchange and circulation, the new legislation permits an exchange for rubles or foreign currency only. The exchange between digital financial assets is allowed, but the procedure and conditions for such an exchange will be established by the Central Bank of Russia and the government. Cryptocurrency exchange activity is allowed only to Russian companies that have qualified status under the Law on Securities Marker (No 39) and the Law on Organised Bidding.

The Draft Bill on Alternative Methods of Attracting Investments (Crowdfunding) provides for regulation of the ICO procedure, which includes publication of an investment memorandum, public offer and other documents required for token issuance on the website by the issuer. The publication must also contain a conclusion of contracts, including those in the form of smart contracts, aimed at the acquisition and payment of tokens. The document clarifies that one token must have only one issuer.

The document defines ‘crowdfunding’ as a service that provides access to an investment platform for conclusion contracts, based on which investment is being raised. The process of crowdfunding implies the simultaneous conclusion of two service contracts:

The draft bills were intended to address a perceived gap in the current legislation. Considering the urgency in preparing the documents, the bills will likely be subject to thorough review in order to ensure their compatibility with the existing legal framework and their enforceability.

The State Duma is planning to review the draft bills in their second and third hearing, which will likely bring further changes to the legislation, before adopting them in Autumn 2018.

Although the draft bills received some criticism from business owners for providing fragmentary regulations, their introduction affirms the Russian government’s position as a professional crypto-player on the global cryptocurrency market.