Courts speak out against tough stance on patent extensions 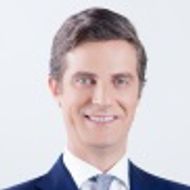 Patent applications and patent rights issued by the China National IP Administration (CNIPA) can be extended to Macau, according to the Macau Industrial Property Code, the Cooperation Agreement between CNIPA and the Macau Economic Services Bureau (DSE).

Applicants can extend their patent at the DSE up to three months after the patent application has been filed or an announcement of the grant of patent rights in CNIPA’s Patent Gazette has been published.

However, the DSE currently rejects extension applications if certain documents are missing. Further, it does not allow applicants to re-submit with these omitted papers – a stance that has been criticised by the Macau courts.

The courts’ position is that the applicant had submitted the extension request within the deadline. Although it did not provide all the necessary documents for assessment, the DSE should not simply declare the application null and void without allowing the applicant to adjust it. The courts believe that the DSE’s actions go against both the principle of collaboration between the administration and individuals and the principle of de-bureaucratisation and efficiency, insofar as the DSE is required to carry out its services to parties in a non-bureaucratic way to ensure the speed, economy and efficiency of its decisions.

It is to be hoped that the DSE will listen to the courts and allow the applicant to submit the missing documents.