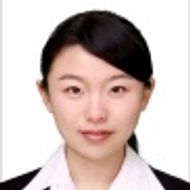 As the significance of intellectual property has been elevated to the level of national strategy, the Chinese judiciary has been tackling bad-faith trademark filings and reshaping jurisprudence in this area. A closer look at some recent cases highlights areas of interest

Reasonable costs may be indemnified in a civil suit

On 28 May 2019, the Suzhou Intermediate Court rendered a first-instance decision, affirming that Liangshan Shuihu Tire Company’s act of using the trademark below

on motorcycle and agrimotor tyres constituted infringement of the marks

, which are owned by Bridgestone Corporation. The court ordered Liangshan Shuihu Tire Company to indemnify the brand owner for damages and cover the reasonable costs incurred in opposing and invalidating the accused infringing trademark, which was filed in bad faith. The judgment has now become effective.

Prior to the civil lawsuit, Bridgestone Corporation sought to block the registration of the

In the civil proceeding, the Suzhou Intermediate Court found the Rmb3 million damages claimed by Bridgestone Corporation well founded because:

Based on this, the court awarded maximum statutory damages of Rmb3 million and ordered the defendant to cover the plaintiff’s reasonable costs (Rmb291,343) incurred in the civil lawsuit, as well as those incurred during the previous administrative proceedings (opposition and opposition review) and the follow-up administrative litigation.

The German company Brita GmbH registered the trademark BRITA and its Chinese transliteration ‘碧然德’ respectively in 1993 and 2010, in Class 11, for water purification systems. The German company also registered several sub-brands and acquired a certain reputation in the field.

A Chinese company, Shanghai Kangdian Industrial Company filed 21 applications for marks similar to prior marks of Brita GmbH in various classes. All these bad-faith trademark filings are now dead, as these applications were either refused or met opposition or invalidation requests which were later sustained. It is noteworthy that, based on the mark ‘德碧然德’ (‘debrita’ in Chinese), Shanghai Kangdian Industrial Company then challenged the registration or use, by Brita Gmbh, of its own trademarks in various sectors.

It took eight years for Brita GmbH to finally obtain the invalidation of the trademark ‘德碧然德’ (‘debrita’ in Chinese) and put an end to Shanghai Kangdian’s harassment.

Brita Gmbh and its Chinese subsidiary later jointly initiated a civil proceeding against Shanghai Kangdian before the Minhang District Court.

One of the focal points of the dispute was whether the use of trademark administrative procedures could be considered abusive, malicious and constitute an act of unfair competition.

The Minhang District Court held that the trademark legal system gives business operators the procedural means to protect their own trademark rights. However, they must not use such procedures to pursue illegal purposes.

The court cited Article 2 of the Anti-Unfair Competition Law, which defines the term ‘unfair competition’ and refers to the conduct of business operators that harm the lawful rights and interests of other business operators and disrupt the social and economic order. The court held that the defendant’s malicious pre-emptive registration of trademarks and abuse of trademark administrative procedures violated the principle of good faith and business ethics and disrupted the order of market competition. Therefore, the defendant’s behaviour constituted an act of unfair competition.

Bad-faith filing, not yet a standalone cause of action in civil suit

A US company Afton Chemical, which chose to ignore the administrative litigation route, brought a civil litigation against a trademark squatter before the Beijing IP Court in early 2020, requesting an injunction to stop the trademark filings and indemnity of damages. In December 2020, the court refused to accept Afton’s complaint based on the reasoning that the bad-faith filing per se is not a cause of action in a civil lawsuit. The case was later appealed before the Beijing High Court and is still pending.

For instance, where a brand owner contends in an administrative litigation involving the invalidation of a bad-faith trademark registration that an infringement dispute – also between the brand owner and the bad-faith filer – be decided concurrently by the court, the court shall hear both claims. Unfortunately, there is so far no precedent with regard to this in the IP field.

Chinese courts are becoming increasingly creative in leveraging monetary means to dissuade bad-faith trademark filings. With this in mind, more cases are expected to emerge and a few might end up being selected as the guiding cases of the Supreme People’s Court and become binding over courts at various levels in China. It would therefore be worthwhile for brand owners to carry out some forum shopping and try out new ideas in courts situated in more developed areas.