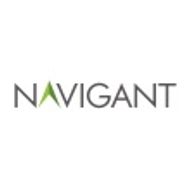 The decision in CardiAQ v Neovasc highlights the risks that innovators run when they choose not to patent and instead to hold patent-eligible subject-matter innovations as trade secrets – a practice that has been much discussed in recent years as US patent case law has eroded the timely enforceability of patents.

CardiAQ sought to create a transcatheter mitral valve implant (TMVI) that could be delivered to the heart by catheter rather than open-heart surgery. CardiAQ engaged Neovasc to help with the assembly of an aspect of the device. During their year of joint work, Neovasc was alleged to have secretly launched its own TMVI. CardiAQ sued Neovasc for breach of contract and misappropriation of trade secrets when it discovered that Neovasc had filed a patent that incorporated its trade secrets.

Many start-ups and small companies (as well as academic inventors) collaborate with suppliers, channel partners or potential distributors. In circumstances where the start-up has decided not to patent (due to costs or the perception that patents will be difficult to enforce), it opens itself up to especially damaging circumstances, as reflected in what happened to CardiAQ.

When an appropriating party files a patent on another party’s trade secrets:

Here the two parties' experts measured damages for a technical input for a technology that had not yet been sold when the misappropriation of trade secrets took place. CardiAQ’s expert used the equity value of Neovasc, estimated the percentage of equity value attributable to the Tiara product (which included the misappropriated innovations) and then apportioned the value of the Tiara product to estimate the value of the trade secrets. This approach relied on:

CardiAQ’s expert used these inputs as the basis for a Georgia-Pacific analysis that resulted in a $90 million estimate.

Neovasc’s expert quarrelled with CardiAQ’s expert’s assumptions and mainly focused on the cost of the R&D as the basis for damages, arguing that no product had been sold and that cost would be a better benchmark. The defendant's expert also argued that hindsight should not apply to the calculations, as the valuation estimates for Tiara were created in 2015, whereas the misappropriation took place in 2010. Ultimately, Neovasc’s expert testified that no damages had been established, but if the jury decided that the plaintiff’s expert’s framework was appropriate, damages should be no more than $2 million.

The jury awarded $70 million and CardiAQ was later awarded $21 million in pre-judgment interest, largely upholding CardiAQ’s expert’s methodology. Neovasc challenged the award at the US Court of Appeals for Federal Circuit, asserting that the use of 2015 information was inappropriate when the misappropriation took place in 2010. The Court of Appeals for Federal Circuit found that the district court did not err in allowing the plaintiff’s expert to rely on valuations of Tiara from 2015 in making his royalty calculation, stating: “In the patent context, to which both parties refer in making their arguments about trade secret damages, we and the Supreme Court have approved of appropriate uses of ex-post evidence.”