(This article has been updated to cover steps recently taken in France.)

Governments are beginning to adopt extraordinary measures to tackle the covid-19 pandemic. Given the seriousness of the current health crisis, and mounting economic pressures, it is little surprise that the prospect of compulsory patent licensing has arisen in a number of countries in recent weeks.

The first covid-19-related involuntary patent licence has already been issued; and, while most countries already have some form of compulsory licensing provision on the statutes, there have been recent efforts to sharpen these tools in several jurisdictions.

Below is a round-up of the most significant changes to-date.

The only country in which a Covid-19-related compulsory licence has been granted so far is Israel. On 18th March, the minister of health and attorney general issued a permit allowing the state to import a generic version of AbbVie’s Kaletra from India for the treatment of coronavirus patients. The licence does not extend to uses of the drug for the treatment of HIV, although it is not clear what provisions there are to prevent this.

The licence was issued under Section 104 of the patent statute, which allows the state to circumvent the law for national defence purposes. This requires no consultation with the patentee, which also has no right to judicial review. The decision is thought to have been triggered by concerns that AbbVie would not be able to supply Israel with sufficient quantities of the drug.

The move is especially significant as it marks the first compulsory licence issued in the country under Section 104 since the provision’s introduction in 1967. What’s more, it is the first such licence of any kind issued since the 1990s, when a number of patents were bypassed under Section 117 of the patent law (which guarantees the rights holder a government consultation and judicial review).

Canada has amended its laws to make it easier to issue compulsory licences. Bill C-13, the COVID-19 Emergency Response Act, passed into law on 25th March. Along with a range of powers to tackle problems cause by coronavirus, it specifies that if the Federal Minister of Health considers there to be a public health emergency, the Commissioner of Patents may allow the Canadian state to produce, sell and use a patented invention.

Unlike existing compulsory licensing provisions, the new law allows the government to issue a licence without first negotiating with the rights holder or establishing its own ability to supply a product. Patentees must be compensated, but the law states only that they should receive “any amount the Commissioner considers to be adequate remuneration in the circumstances”, taking into account the economic value of the permit.

Licences issued under the new legislation are non-transferable and will be cancelled if the state of national emergency comes to an end. The provision expires at the end of September 2020, after which no patent permit can be granted.

Europe’s largest economy has passed new legislation raising the prospect of compulsory patent licensing. On 28th March, the Prevention and Control of Infectious Diseases in Humans Act came into force, providing the Federal Ministry of Health with a range of extra powers should the Bundestag declare a national epidemic. These include the ability to issue a compulsory licence under the existing Section 13(1) of the Patent Act, which has never been used before.

Any patent-related orders issued as a result of the new legislation will be automatically revoked if the Bundestag decides that Germany no longer faces an epidemic, or when the law expires on March 2021.

More sweeping measures have been taken in France, where a new law (No 2020-290) was enacted on 23rd March. This introduced a new article - L.3131-15 – to the country’s public health code, allowing the Prime Minister to order the seizure of all goods and services necessary to: fight against sanitary disaster; to temporarily control the prices of products; and to take any measures necessary to make relevant medicines available to patients. According to Loic Lemercier of Clifford Chance, this goes well beyond the compulsory licensing measures adopted elsewhere: “From a practical standpoint, the Prime Minister would now be allowed (i) to permit the seizure of drugs and/or (ii) to direct the launch of generic products on French territory before the expiry of patents/SPCs, if necessary.”

Chile’s Chamber of Deputies passed a resolution calling on the country’s government to declare its support for issuing compulsory licences on patented products that can be used to help treat coronavirus sufferers.

On 17th March, the lower legislative assembly voted by 127 to zero to pass the resolution, which also requests the Minister of Health to instruct government departments to report on the vaccines, drugs, tests and equipment that should be considered essential for purposes of issuing patent licences. Furthermore, the document calls on the Chilean government to ask the World Health Organisation to collect information on the R&D costs associated with relevant treatments.

The resolution is not binding on the country’s government. Chile has in recent years issued other resolutions declaring the desirability of compulsory patent licences.

A commission of the Ecuadorian National Assembly passed a 20th March resolution asking the country’s health minister to issue compulsory licences on products whose availability is important to the public health response to covid-19.

The Education, Culture, Science and Technology Commission also asks the minister to make use of  article 501 of the Código Ingenios, which authorises third parties to access and use a patentee’s data, including clinical test data. As IAM has previously reported, the current lack of data exclusivity waivers in Europe and the United States could make it more difficult for authorities there to put into practice compulsory patent licences for drugs approved by the EMA and FDA.

The resolution is not binding on the government.

No concrete steps have been taken in Australia, but recent reports state that the opposition Labor Party has asked the government to make use of Crown Use provisions as part of its response to the pandemic. Shadow industry minister Brendan O’Connor asked the government: “To detail how Crown use of patents may be invoked, particularly for use for repurposed manufacturing businesses, to address shortages of essential goods impacted by disrupted supply chains.”

The extent to which countries - including the world’s largest economies – will choose to bypass biopharma and medical device patents in their responses to the covid-19 pandemic is yet to be revealed. This will be determined by the availability of key treatments and equipment, as well as rights holders’ ability to meet states’ needs at an affordable cost.

Against this background, several innovators have voluntarily waived their IP rights in order to make their products more easily available. Following Israel’s compulsory licence on Kaletra, AbbVie announced that it will not enforce its rights to the drug. Gilead submitted a request to the FDA to cancel its seven-year orphan drug regulatory exclusivity for potential Covid-19 treatment Remdesivir. Meanwhile, Medtronic agreed to share publicly its proprietary design specifications for the PB560 ventilator. 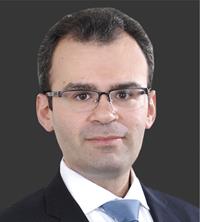