As candidate coronavirus immunisation reaches crucial milestone, we look at the potential IP barriers to its manufacture and distribution.

It has been announced today that the covid-19 vaccine being developed by Pfizer and BioNTech has been found to be 90% effective in preventing the disease, without presenting any safety concerns in the first interim analysis from its Phase 3 clinical study. This puts it at the head of the pack of candidate vaccines in the race to achieve regulatory approval. But there are major IP obstacles for any organisation seeking to produce a copycat version; while Pfizer/BioNTech themselves are embroiled in a patent dispute over the vaccine.

The candidate in question is BNT162b2, a cutting-edge mRNA vaccine. The efficacy analysis, conducted yesterday by an independent Data Monitoring Committee, is based on a study of more than 40,000 participants enrolled in the study. It was celebrated by Pfizer CEO Albert Bourla, who said that: “Today is a great day for science and humanity.” He described this as a: “Critical milestone in [the company’s] vaccine development program at a time when the world needs it most with infection rates setting new records, hospitals nearing over-capacity and economies struggling to reopen.”

Against this background, it is especially important to ask what potential IP issues relate to the inoculation from Pfizer/BioNTech’s point of view, or from the perspective of those who may wish to manufacture a replica in order to avoid vaccine shortages.

The candidate uses platform technology sub-licensed from Acuitas, which in-turn licensed it from Arbutus and Genevant Sciences. Given that Arbutus terminated its agreement with Acuitas in 2018, following a dispute over the latter’s right to sub-license the IP, there is at least a small uncertainty over whether Pfizer/BioNTech have the right to use the platform. Indeed, the breakdown of the sub-licence in question gave rise to the patent dispute between Arbutus and fellow mRNA vaccine developer Moderna Therapeutics. However, a wide-ranging strategic partnership Genevant has with BioNTech means that a similar dispute is unlikely in this case.

However, Pfizer/BioNtech do face allegations that the vaccine infringes an Allele Biotechnology patent covering a mNeonGreen flourescent protein, which the plaintiff claims was used without permission to produce the treatment. Given that Allele seems only to be seeking a reasonable royalty, though, this should not delay access to the vaccine.

On the other hand, governments or companies seeking to create and distribute their own version of BNT162b2 in order to prevent potential vaccine shortages face significant IP barriers. Unlike Moderna, Pfizer/BioNTech have not pledged not to enforce their vaccine-related patents during the pandemic. What’s more, considering the complex web of platform technologies that exist in the space, compulsory licences would have to be issued on several patents, were that to be deemed necessary.

Major non-patent obstacles also stand in the way of potential replica vaccines. While mRNA vaccines are considered easier to manufacture and replicate than other types of inoculation, the transfer of trade secrets and proprietary know-how would be required for BNT162 to be produced. It is also worth bearing in mind that, in many countries, existing compulsory licensing laws do not allow for the circumvention of regulatory exclusivities.

So, if the Pfizer/BioNTech candidate clears the final hurdle, the companies will face a great deal of pressure to ensure that adequate and affordable supplies are produced. If they appear to be failing in this task, we can expect mounting scrutiny of the various IP rights protecting their exclusivity on the vaccine. 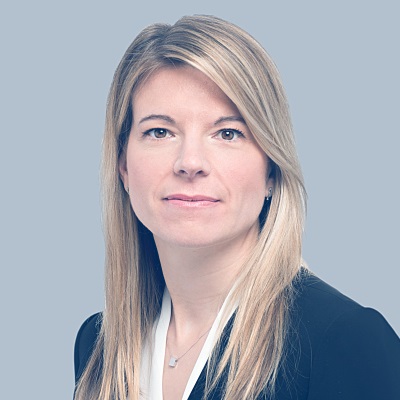