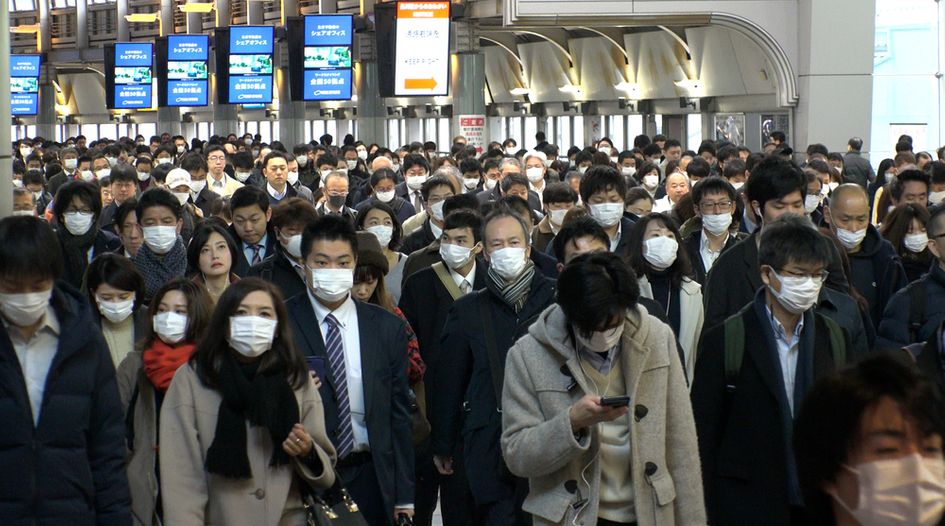 Three weeks ago, IAM reported on the formation of an Open Covid-19 Declaration (OCD) spearheaded by sixteen Japanese IP owners including Canon. Those companies have promised not to assert patents against “any activities whose sole purpose is stopping the spread of covid-19, including diagnosis, prevention, containment and treatment”.

The Open Covid-19 Declaration has added an average of two new signatories per day since its unveiling, and now stands at 55 declarers, all from Japan. Sony and Panasonic are among the major technology companies that have joined the pledge since it was announced. The organisers say that declarations made under their auspices now apply to 748,374 patent rights in total – more than double the figure when it launched. One reason for the increased uptake may be the endorsement of the Keidanren, a mainstream business lobbying group known for weighing in on patent matters.

Hisao Yamasaki, who represents defensive patent alliances like Syndefense, Unified Patents and the LOT Network in Japan, was instrumental in organizing the pledge. He told IAM that the main purpose of the pact was to reduce the cost and effort involved in analysing patent risks and negotiating licenses for companies engaged in the Covid-19 fight.

But Yamasaki also noted that any company planning to take advantage of the pledge to speed new products to market must check the declaration made by the individual company. While most signatories have signed the standard declaration without amendments, 18 companies chose to limit or amend the declaration in some way.

This includes some of the signatories who do business in the life sciences, pharmaceutical or medical devices space. LSI Medience, a Mitsubishi Chemical spinoff that is a major player in clinical testing and drug development support, wants those who use its IP rights to furnish written notices and reports of their activities. Mitsubishi Chemical itself, which also operates a health care business, requests users to provide it the numbers of specific patents they plan to practice before doing so.

The default pledge extends until the date when the WHO no longer classifies the covid-19 outbreak as a “public health emergency of international concern”. But both LSI Medience and Mitsubishi Chemical – alongside other signatories like Suntory – say they will re-assess their commitment to the pledge either one or two years after their signing date.

Other companies have inserted clauses signaling that they are reserving the right to judge whether an activity falls within the scope of the declaration’s intent. Pharmaceutical maker Teijin says its non-assertion promise does not apply to “acts that the Teijin Group judges to be contrary to the main purpose”.

Chanel GK and Panasonic both seek to underline the word ‘sole’. The latter says its pledge won’t apply to cases where it decides that an activity’s “sole purpose is not stopping the spread of covid-19”. The standard version of the declaration which companies can download and sign says it applies to “the activities whose sole purpose” is to address covid-19, while other parts of the declaration’s website refer to “any activities whose purpose” is stopping covid-19.

That distinction could make a big difference – many of the controversial patent assertions related to covid-19 have dealt with medical devices or platforms with many uses. A Fortress-backed case targeting a multi-use diagnostic platform was the first such assertion to cause an outcry, while the latest is the assertion of a patent that Panasonic previously sold to Allied Security Trust against ResMed, a maker of breathing machines.

As always, any company seeking to take advantage of an open patent pledge needs to read the fine print. The formidable patent owners involved with this effort have signaled that they will not tolerate activity that could be seen as abuse of a critical initiative.