Päivi Kairamo, chair of WIPO’s General Assemblies, has asked the United Nations’ Organisation of Internal Oversight Services (OIOS) to investigate the claims made by James Pooley, the former deputy director general of the organisation, in a Report of Misconduct he filed last April in which he made a series of explosive allegations against current Director General Francis Gurry.

This development was first reported on the Fox News website on Wednesday and has now been confirmed to IAM by sources close to events. Should the OIOS agree to the request – which is by no means certain – it would mean that the investigation would not be conducted either by WIPO itself or by an independent, external third party.

The report submitted by Pooley concerned Gurry’s alleged involvement in the removal of WIPO staff members' personal possessions, with a view to collecting their DNA, as well as attempts to prevent a subsequent investigation; and his alleged improper use of influence in a procurement procedure. Gurry has consistently denied all the charges levelled at him by Pooley.

Last month, IAM revealed that an external investigation of Pooley’s claims had been halted in its early stages by the WIPO’s Independent Audit and Oversight Committee (IAOC) after a complaint about possible conflicts of interest was filed against Thierry Rajaobelina, the director of WIPO’s internal audit unit, who has now resigned his post. At that stage the plan looked to be to restart the investigation under the auspices of a new, temporary director of the internal audit unit, who would be appointed by the Director General – in other words, the person being investigated would appoint the investigator.

Such a patently ludicrous state of affairs may be behind Kairimo’s decision to contact OIOS; but it may also have been prompted, in part at least, by a letter sent to her late last month by a self-styled group of “Concerned WIPO Stakeholders” which raises further serious questions about the investigation process. IAM has a copy of the letter – which we have decided not to publish or link to at this stage - and contacted WIPO for reaction to its content; we received a firm no comment. Whichever way you look at it, though, it seems clear that for whatever reason Kairimo is not satisfied that WIPO is in a positon to investigate Pooley’s allegations. Should OIOS now decline to do so, where that then leaves things is anyone’s guess.

What should happen, of course, is that a fully transparent, independent investigation be undertaken by a third party with no connection to WIPO or any other UN body and with full protection for all witnesses. It continues to amaze me that this has not happened. When someone as senior and as well-respected as Pooley makes serious allegations against someone as senior and as well-respected as Gurry, this is not something that can be swept under the carpet. It is far too serious for that, not only for both men, but also for WIPO, the UN and, not least, for IP itself. This current state of affairs surely cannot endure. 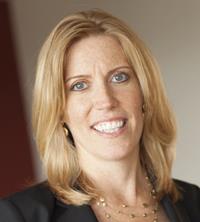