USPTO Director Michelle Lee – “I firmly believe the US has a world-class, quality patent system”

Yesterday we ran the first part of our interview with USPTO Director Michelle Lee. Today we’re publishing part two which covers the position of America’s patent system in the world, IP relations with China and the sense that recent developments mean that the small operator has effectively been excluded the patent market in the US.

Readers overseas and speakers at our conferences overseas often ask us what’s happening in the US and with the US patent system.  They see the changes in the case law, proposed legislation, new review procedures at the PTAB, and they see it as adding up to a weakening of patent rights. In light of all that how would you make the case that the US still has a world-class patent system?

Oh, I firmly believe the US has a world-class, quality patent system.  Now that I have the privilege to be in my current job, Richard, I’ve traveled around the globe and I meet with my peers and heads of intellectual property offices across the globe and, you know, there are more countries in this world that want an intellectual property system like ours than not like ours. That’s not to say that we should be resting on our laurels and there aren’t improvements that can be made, because there certainly are improvements that we can make and the nature of innovation and our system has changed as we discussed earlier.  It’s a dynamic environment and I think it’s really incumbent upon all of us, those of us in the executive branch, in Congress, in the courts and even, quite frankly, the business and the innovating communities, to make sure that our IP system continually incentivises innovation.  So I actually do believe that the US has a gold standard.  We’re not the only country.  There are many countries with great systems.  But we really do have one of the best intellectual property systems in the world and we’ve seen the results of that. We would not have the level of innovation that we have in this country without the intellectual property system that we’ve had the benefit of having since pretty much the founding of our country.

But is not your renewed focus on patent quality in part an admission that a US patent isn’t perhaps as strong or as valuable as it has been?

Not at all. I’m focusing on quality because I believe intellectual property is critically important and patent rights are critically important and the work of the USPTO is critically important. And it’s very important that we issue claims that should issue, we do not issue claims that should not issue and we issue patents that have clear boundaries because IP assets are so valuable. If you go back to the Industrial Revolution the most valuable assets of a company were the tangible assets, the factories, the machines, the inventory and so forth, but I think in this day and age when we’re talking about an information-based economy, an innovation-based economy, it’s the process, it’s the designs, it’s the algorithms, it’s the procedures, it’s the brands that are really the most valuable assets of a company and, therefore, in order to protect your company’s most valuable assets you do need a strong intellectual property system.  And for that matter, as American companies go and sell their products overseas, they need to encounter an IP environment in the countries in which they do business that respects intellectual property rights, that provides for appropriate discouragement for infringement, counterfeiting and piracy.  I spend a decent amount of my time working with my counterparts across the globe ensuring that we share the same values when it comes to intellectual property and ensuring that their systems and their laws are conducive to innovation, not just for American companies but really their domestic companies as well. If we can increase the level of innovation across the globe we’ll all be better off for it and we’re just looking for an environment that allows the most innovative ideas to come to the marketplace and get rewarded and to, therefore, thrive as those great ideas are shipped across the globe. So I spend a lot of time working with other counterparts, legislators, heads of IP offices, having conversations with members of the judiciary of various countries and also enforcement officers at customs and so forth, making sure that the tools are in place so that all innovators can enjoy a level worldwide marketplace.

Do you think though that you do share the same values as say those in China?

We’re working on that.  In fact, I appreciate the question and I will tell you, Richard, I spent a solid week, the last week in May of this year, meeting with ministers and vice ministers of the patent, copyright, trademark and competition bureaus in China. I also met the Vice Premier of China to discuss intellectual property issues and what he said to me was that China wants a system that’s more like ours. They want to move up the value chain because they don’t want to be the low cost manufacturer of other people’s inventions but they want to be the actual inventors and creators.  They recognise that they need an intellectual property system that is more like ours and they are making changes legislatively to their patent law, copyright law, trademark law and contemplating changes to their trade secret laws. As you know, they’ve established a national IP court and they’re looking to have IP matters adjudicated at the national level rather than the local level and I think that’s also a positive development.  So there’s work to be done and we are working with our counterparts in China and others in China to help them share IP values that are shared amongst many countries and I think there’s a desire to get there.  Now the question is how quickly, but it’s my job and the jobs of a number of my counterparts and other offices around the globe, to work with our Chinese colleagues to help them get there.

We’ve seen one -- well, we’ve seen several US companies within China struggle in relation to their licensing activities.  Qualcomm is perhaps the best example of that.  If US companies continue to struggle to get a fair return on their licensing activities in China what role can the USPTO play in regards to that in making sure that US innovation receives fair compensation?

That’s a very important issue for the administration as a whole and for the USPTO, and we work with the US Trade Representative on trade level discussions.  I co-chair the US-China Joint Commission of Commerce & Trade, the IP working group, and we work on and discuss intellectual property issues between the US and China, including the ones brought to us by American companies. In fact, before I went over to China in May for that week-long visit I met with American companies, I heard their concerns, I brought their concerns to my counterparts in China and then after I spent time in China for that week I met with the same companies and gave a debrief on it.  Again, we keep in close dialogue with American companies as they are doing business in China and we want to hear about and we do hear about the IP environment that they are encountering. I will also say that the USPTO has an IP attaché programme across the globe, including three IP attachés in China - in Beijing, Guangdong and Shanghai - and basically that if American companies want to do business in China and they want to get a sense of the intellectual property landscape we can provide them real-time, on the ground information.  They’re affiliated with our embassies in the host country. It’s not legal advice on, you know, what they need to do but it gives them a sense of what the landscape is and our IP attaches who are USPTO employees also work very closely with the legislators in that country to help shape legislation and policy that, as I said, shares our IP values.  They have on the ground information about enforcement capabilities and we also work with and we have conversations with people in the judicial branch as well.

At our recent patent law and policy conference last week here in DC we had a very interesting panel looking at the investment climate around IP assets and one banker there said that the climate for patent assertions in the US has become about Goliath versus Goliath. David versus Goliath is dead.  We also heard from one small patent owner in the audience who complained that the system was now against inventors like him.  If that persists, if that feeling persists, how damaging would it be for the US system?

Well, I’m not sure I buy into the proposition that it exists so I guess it’s hard for me to answer the second question.

But surely the concerning thing is that there are owners out there and there are also advisers who are specialists in this area who have that opinion. You read about it in blogs.  You hear it at other events.  I mean, are you not concerned at least that that perception is there?

Well, so what I would say is for those who have that concern, for example, work with us.  Work with us at the USPTO as we are looking to fine tune and refine our Patent Trial and Appeal Board proceedings. We put out requests for comments. Help work with us to make sure that we make our patent system available and accessible to all.  Not just the big companies but small companies and everybody in between, but it really should work for everyone and everybody needs to help provide their input to help us get there.

And how would you like to see them work with you?  What’s the best approach?

Well, respond to our request for comments and participate in our roundtable discussions.  Let us know where changes need to be made and if it’s within our statutory authority to do so and, where there is consensus, we look forward to doing anything and everything that we can to make, you know, our PTAB proceedings, our examination procedures, you name it as effective as possible. 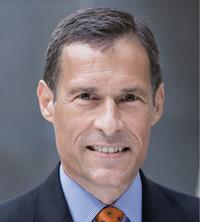