In a patent world as uncertain as this one - characterised by turmoil in the US, a lack of clarity over the UPC in Europe and China’s inexorable rise as an IP super power - predicting what will happen in 2018 seems almost destined to end in failure. After all, no one would have told you at the start of this year that Native American Indian tribes would come to feature so prominently in the debate around inter partes reviews (IPRs). However, what is Christmas if not a time to put your neck on the line and the run the risk of making a fool of yourself? So, we asked a collection of IP leaders to tell us what they think is going to happen over the next 12 months. To ensure we had some skin in the game, the IAM team also dusted down their crystal balls. So here’s what you’re going to be reading about through the course of next year:

2018 will be the year when it becomes evident that AI will profoundly impact the field of IP law.

The US IP market will not improve in 2018 and more intermediaries will exit the market. It will be a good time to buy assets.

Congress will propose legislation on section 101 that defines software eligibility (although I won’t predict whether it actually passes).

There will be uncertainty over Brexit in Europe and over the fate of the Unified Patent Court regime. The year will be dominated by tough talk from the UK government designed to placate the country’s Eurosceptic press and the right wing of the Conservative party, but late on – as close to deadline as you can imagine – it will accept that a deal has to be done with the EU27 on terms set by the EU27. This will clear the way for an orderly transition in areas of IP, such as trademarks and designs, directly affected by the UK’s withdrawal. The UK will also ratify the UPC agreement. This will come into force because, eventually, Germany’s Constitutional Court will decide it is legal under German law. But don't blame me if I am completely wrong!!

We will see a realignment in the patent policy debate.  The confrontation will no longer be between product makers and non-practising entities, but rather between those who support fair and transparent licensing solutions and those who reject them to engage in hold-up or hold-out gamesmanship.

The USPTO will continue its efforts to refine the IPR process to address the concerns of the patent-holding community.

In the Oil States decision, the Supreme Court will (barely) uphold the IPR regime but will be highly critical of the PTAB and may impose limitations on the PTO. Look for a number of scathing opinions which will lead to some institutional change.

Andrei Iancu’s confirmation as Director of the USPTO early in the New Year should pave the way for significant improvements to the patent system. I fully expect him to revisit the guidelines for patent subject matter eligibility to see that 101 rejections are more narrowly applied as intended by the Supreme Court decisions themselves.  I also believe that the new director will use the his rule-making authority to level the playing field in post-grant procedues so that it is not so tilted against patent owners.

“Qualcomm will remain an independent company and will settle its litigation with Apple.”

“In recent years we have learned about a number of deals between major Chinese companies and foreign and domestic NPEs. I think more deals of this nature, many of them larger than those we have seen so far, will come to light in 2018.”

“Patent litigation involving foreign companies is going to continue to play out in China, but will do so at a higher level. It already looks likely that China will establish a national IP appeals court at the Higher People’s Court level in the near future. Pending that, Beijing has recently brought in new jurisdiction rules that say first instance cases worth over Rmb 200 million ($30 million) can be brought in the Beijing Higher People’s Court – bypassing the Beijing IP Court altogether. More battles playing out at a higher level around the country will raise the stakes and narrow appeal options – and it could mean that big first-instance decisions will not always be handed down by specialist IP courts.” 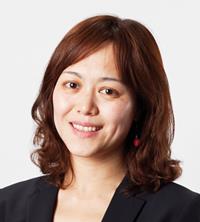