The long saga that has unfolded since then WIPO deputy director-general James Pooley made a number of serious allegations against the organisation’s director-general Francis Gurry in a report of misconduct filed in April 2014 may be drawing to an end. News stories from several sources – including the Fox News website and The Register – state that a report into the claims undertaken by the UN's Office of Internal Oversight Services (OIOS) has been submitted to Gabriel Duque, the chair of WIPO’s General Assemblies.

Päivi Kairamo, Duque’s predecessor, had called in the OIOS last May following a series of delays in the internal WIPO investigation into the Pooley allegations and a letter submitted by a group calling itself “Concerned WIPO Stakeholders”.  The OIOS is the internal oversight body of the United Nations, offering audit, investigation, inspection and evaluation services. It has previously been involved in other investigations relating to claims made by whistleblowers in various parts of the UN.

In his report of misconduct, Pooley alleged that Gurry had been involved in the removal of WIPO staff members' personal possessions, with a view to collecting their DNA, as well as attempts to prevent a subsequent investigation; and that he had improperly used his influence in a procurement procedure. Gurry has consistently denied all these charges.

According to sources IAM has consulted, the OIOS report was sent first to Gurry, who was entitled to provide comments on it, and then to Duque. Although Duque, who was supported in his appointment as chair of the General Assemblies by Gurry, is obliged to provide Pooley with a summary of the report’s findings, he is not under any obligation to make it public or even to distribute it to WIPO member states. In its report on recent events, the Register states its sources in Geneva are saying the OIOS “has come down heavily against” Gurry.

Ever since Pooley made his allegations just under two years ago, there seems to have been a concerted attempt to prevent them being fully looked into or for any details to be made public. When Gene Quinn of IP Watchdog linked to the report of misconduct he was threatened with civil and criminal action by WIPO legal counsel Edward Kwakwa, while an investigation launched in September 2014 was suddenly halted a month later. In September 2015, the US took the unprecedented step of withholding funding to WIPO over concerns that Pooley’s claims had not been subjected to scrutiny.

In fact, pressure on Gurry from the US is increasing. Tomorrow, the House Foreign Affairs Committee is hosting a joint hearing under the title “Establishing Accountability at the World Intellectual Property Organization: Illicit Technology Transfers, Whistleblowing, and Reform”. The first witness scheduled is none other than James Pooley. His testimony is available to read on the House website and it is incendiary. Pooley repeats the allegations made in his report of misconduct, details attempts which he claims were made to silence him and also revisits previous controversies surrounding the supply of computing equipment to North Korea and the proposed opening of WIPO offices in China and Russia.

Another witness at the hearing is Miranda Brown – formerly Gurry’s strategic adviser at WIPO. She too makes claims about the North Korean computer shipments and also ones that were made to Iran, as well as about Gurry’s personal conduct.  An independent investigation cleared WIPO of any wrongdoing relating to the technical assistance provided to North Korea and Iran, but was highly critical of some actions taken.

In our coverage of this affair, we have always said we have no idea whether Francis Gurry is guilty of the accusations that Pooley has levelled against him. That continues to be the case. However, we do know that these allegations have been made, not only in Pooley’s original report but now also in testimony he has provided to the US Congress. It is in the public interest that they be reported and that they be investigated. Finally, it appears as if that investigation has taken place. Now, it is absolutely essential that the findings are made known. It seems inevitable that at some stage that will happen; the sooner it does the better.

In many ways this is a tragic case. At its centre are two individuals who have done a great deal for the advancement of intellectual property over long and distinguished careers. Sadly, for one of them these achievements are likely to end up being overshadowed by other, less savoury matters. But if wrong has been done, or incorrectly alleged, that must be exposed. We are talking here about WIPO, the World Intellectual Property Organisation. The good work it does and the multifaceted, highly detailed information it disseminates are more important than any single career. WIPO and its current and former officers must be seen to be above reproach. There is no alternative, I am afraid. 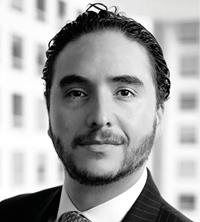