Monetisation may be some way off, but SE Asian companies have many reasons to get serious about IP

Just a couple of weeks back, IAM reported on a Singapore government proposal which suggested that the city-state may consider attracting or creating its own IP commercialisation entities. During last Friday’s IPBC Southeast Asia – our first conference focused on the region – IP Office of Singapore (IPOS) chief executive Daren Tang made clear that he is a big believer in IP monetisation as a way for companies to realise their full value creation potential. Most companies in the region may be far off from monetising large patent portfolios, but they revealed many other reasons why they are getting serious about IP.

Tang commented on monetisation from the audience during a Q&A session rather than as part of his prepared remarks to open the conference. Citing statistics compiled by Ocean Tomo and others, Tang remarked that intangible assets constitute up to 80% of corporate value, yet that value is rarely reflected in the accounting books. It’s a problem, Tang said, that IPOS wants to be at the forefront of solving. And one solution, he argued, is monetisation: “Valuation and monetisation are risk management tools. When you monetise a risk management tool, you can create tremendous value”, said Tang. He cited the example of early joint stock companies like the East India Company; they were set up to share risk, and the monetisation of those shares through stock markets has created a huge amount of value.

Singapore’s is not the only government in the region that has encouraged local companies not just to generate more IP, but to add it to their financial ledgers. Service providers on Friday said that has driven a number of Southeast Asian companies to seek outside expertise. Eric Deleglise of Questel observed: “When you go to Thailand or Malaysia, everyone is asking about valuation.” With governments pushing for more IP creation and commercialisation, local companies have key performance indicators (KPIs) that they are being asked to meet. Dr Harikrishna Kulaveerasingam, the head of R&D at the plantation division of Malaysian conglomerate Sime Darby, acknowledged that public policies were one of many factors in forming an IP strategy: “Yes, when you have a war chest of IP it looks good, and it can be politically useful”.

Of course, the example of China shows that government incentives are not the best way to spur companies to create valuable IP assets. It sounds like the emphasis on monetisation, especially in ASEAN’s less developed markets, may be putting the cart before the horse. Even in Singapore, IPOS official Sharmaine Wu gave a cautious response when asked about whether she expected more companies to take advantage of the IP financing scheme that has so far produced one publicly announced lending deal. The right way to look at the programme, Wu said, was as the beginning of a long process of encouraging both the financial community and SMEs to appreciate IP’s value.

But ASEAN-based companies themselves gave plenty of other reasons why they are developing corporate IP strategies.

As far as patents go, they seem to be seen as enablers of broader business efforts. “When you build a patent portfolio, the world takes notice”, said Patrick Desmond of Malaysia-based USG Boral. He said the company has found new business partners simply because companies watching the technology space took notice of its IP portfolio. For a great many Southeast Asian companies, it’s likely that the most valuable IP asset they own is a brand, and Desmond also noted the brand effects patenting can have in a part of the world where large portfolios are rare. “Our marketing team loves to say ‘we have a patented product’”.

Licensing could have similar business value, speakers agreed. Dr Kulaveerasingam noted that Sime Darby does research into high-tech areas like robotics because of their potential application in the plantation business. This early stage research may never become a product, but it helps the company’s engineers understand the technology area and think about potential companies to partner with and technology to license in. And if it produces any patents, it can prove useful during that licensing process.

IBM's Eric Damon noted that licensing can help pave the way for broader technology collaboration, noting that many enduring partnerships between Big Blue and large Japanese tech companies began with licensing negotiations back when Marhsall Phelps was at the helm. Companies that want to work with IBM need to have strong tech capabilities and global ambitions, said Damon, but having an existing licensing relationship is part of the process too: “If you want to partner with us to speed your technological development, you need to at least have a patent license discussion with us”.

What was most striking about the local companies we heard from on Friday was the holistic approach they are taking to IP. Lots of attention throughout the day was given to non-patent IP rights and the ways that IP can create business value outside of traditional litigation methods. No doubt a big reason was that they came from a broad range of industries that we don’t often see represented at other IPBC events: from palm oil and construction materials to paper products and industrial chemicals. As these companies move up the technology value chain, the integrated IP strategies they are putting in place could serve them well. 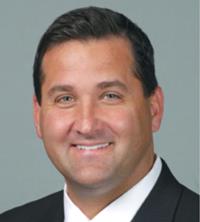