Microsoft’s current general counsel and former head of IP Horacio Gutierrez, who was one of the major players in the company’s lucrative multi-billion dollar per year Android licensing campaign, is leaving his role to take up the corresponding position at music streaming service Spotify.

This followed over eight years as deputy general counsel in charge of Microsoft’s IP and innovation group. During this time, he was responsible for the company’s patent, copyright, trade secret and trademark strategies, as well as IP policy and industry standards matters. Among the Microsoft IP team’s most notable achievements during his tenure were the signing of a string of major patent licensing deals with companies shipping products featuring Google’s Android operating system.

Microsoft claims that aspects of Android read on its patent portfolio, and the licensing campaign launched under Gutierrez’s leadership – and which continues to this day, with Taiwanese manufacturer Wistron and Japanese e-commerce giant Rakuten both signing up to Android-related licences last week – may currently make the company as much as $6 billion in revenue each year. Back in 2014, it was this and other successes which ensured Gutierrez grabbed the top spot in IAM’s inaugural ‘Market Makers’ – our list of who we consider to be the top 40 most influential individuals in the IP business world.

Like his more recent roles at Microsoft, Gutierrez's Spotify position has a broad legal remit, but it's not much of a stretch to claim that he got the job in part, at least, because he recognises the strategic potential and value creation opportunities that are presented by intangible assets, whether they are patents, brands or copyrighted content. Cursory searches for Spotify-held patents on the ktMINE and USPTO assignments databases suggest that he will be in charge of a far smaller portfolio than that at Microsoft - with granted patents and applications in the low tens, rather than the hundreds or thousands. As such, it is most probably the case that we will not be seeing anything like a repeat of the multi-billion-dollar licensing feats of his time there.

Nevertheless, Spotify’s music streaming business model is almost entirely based around IP and content licensing, while there are some indications that patents were a driver in at least one of its recent acquisitions; on top of this, it is pretty clear that the policy discourse surrounding IP issues will be crucial to the company’s future. Gutierrez’s expertise and experience in all of these fields are hard to match.

Gutierrez's move to Spotify is one of a number that previously specialist in-house IP lawyers have made to general counsel roles at high-tech companies. Others that spring to mind are Duane Valz, who recently left his role in patent strategy at Google to become GC at start-up Zymergen; Chip Lutton, who moved from Apple to Nest; Joe Fitzgerald (Symantec to Pure Storage); Doug Luftman (NetApp to Lecorpio); and Anirma Gupta (Intuit to Tanium). IP is now much more central to corporate strategy and decision-making than it once was. As a result, we can expect to see more corporate IP counsel making similar moves in the future. 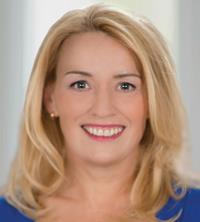