Well-placed sources have told IAM that the USPTO could announce as early as today that Michelle Lee will continue as the agency's director under the Trump administration when the new President takes office following his inauguration tomorrow. If confirmed, the reappointment would not be subject to approval from the Senate.

Speculation has mounted in recent weeks that Lee might be angling to keep her job after she declined to rule out the possibility of remaining in an interview with Politico and then received very public backing from Congressman Darrell Issa. Like key Trump tech adviser Peter Thiel, Lee is a graduate of the Stanford Law School’s class of 1992. A spokesperson for the USPTO declined to comment.

If Lee is reappointed it will be a major victory for patent-sceptic big-tech companies. Given that the incoming administration does not enjoy the same cosy relationship with the likes of Google as the Obama White House, it was assumed by many that a candidate from the sector would be shut out of the running for the PTO director role. But it may turn out that there was a candidate all along and that she was hidden away in plain sight.

Speculation over who might get the top job had settled on Johnson & Johnson’s Phil Johnson and former Federal Circuit Chief Judge Randall Rader, both of whom would have met with stern opposition from many in Silicon Valley. Rader, in particular, has been an outspoken opponent of recent Supreme Court decisions that have reduced the rights of patent owners in the US and has also aimed barbs at a number of high-tech companies’ advocacy of further patent reform.

Lee’s possible reappointment comes after an email surfaced, apparently sent from someone within the USPTO, that was sharply critical of her time in charge at the agency and of her alleged efforts to keep her job. IPWatchdog’s Gene Quinn broke the news of that email - which IAM has also seen - in a story that asked if Lee was attempting to stay in place. It appears that if she was, she may well have been successful. 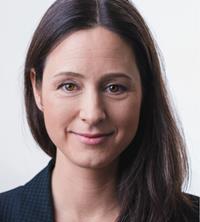