Lee stands down as Director of the USPTO; the battle to succeed her will be long and potentially bloody

Michelle Lee, Director of the USPTO, has submitted her resignation after four years in the role. The story was originally reported by Politico quoting unnamed sources and then confirmed to IAM by a USPTO spokesman earlier this afternoon. It’s not yet clear whether the resignation has been accepted by Commerce Secretary Wilbur Ross, although some reports suggest it was effective immediately.

According to the PTO spokesman, an acting successor has not been named. However, Commissioner for Patents Drew Hirshfeld was being touted by some DC observers as the likely choice, given that current deputy Director Anthony Scardino doesn’t have a background in IP.

Although it is typical for the Director to leave with a change of administration, Lee remained a holdover from the Obama White House, continuing to head the agency while Ross interviewed possible replacements. Speculation had mounted that she was being lined up for a role as head of the Office of Science and Technology, but given the suddenness of today’s developments that seems unlikely. It could be that a big job in industry or a plum private practice role awaits Google’s ex-patent chief. The question now is how quickly a permanent appointment can be put in place?

Of the leading candidates, former Johnson & Johnson IP executive Phil Johnson has already received security clearance having been vetted for the role in 2014 before Lee got the nod. This blog understands that another possible candidate, Irell & Manella partner Andrei Iancu, was going through the security clearance process last month; but even if that were to come to a conclusion soon it would still be several months before someone could be confirmed by the Senate.

The eventual nominee would have to appear in front of the Senate Judiciary Committee before final confirmation; but with the ongoing controversy around former FBI Director James Comey’s dismissal and major legislative proposals such as a healthcare bill in the works, not to mention any number of other Administration nominations to get through once they are made, it’s safe to assume that most senators have bigger things on their minds than who heads the PTO.

What’s more, given the oversight the USPTO Director has over the functioning of the Patent Trial and Appeal Board, as well as the ability to rework examination guidelines, there is plenty at stake for different industry players: many in BigTech will not want anyone who might rock the boat, while the life sciences industries may well be very keen to see certain changes to current procedures made. Thus, we can expect concerted behind-the-scenes lobbying for candidates and perhaps open dissent if that fails to get the results people want. All of which means that the administration will need to move quickly and decisively to have a permanent successor to Lee in place by the end of the year. Whether it has the political will to do that remains to be seen.

An unexpected change at the top of the PTO does little for the confidence in a US patent system that has been struggling in the eyes of many patent owners. This is a developing story and we will update our coverage when we have more news. 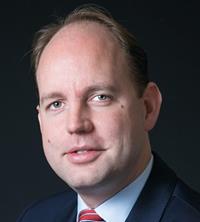