With under two weeks to go until the UK holds its referendum on whether to remain in the European Union or to leave, the outcome still looks to be on a knife-edge. The latest batch of opinion polls generally seem to indicate a move to the Leave camp, with one giving a huge 10 point lead and another two published this afternoon putting it six points in front. The currency markets are also getting jittery, while the betting odds have tightened quite sharply - the days when Leave was considered a sub-20% chance are now long gone.

As an observer, it seems to me that the media narrative is also much more focused on the possibility of a Leave win on 23rd June. Yesterday, for example, the Prime Minister’s wife was given a double page spread in one of our most popular Sunday newspapers to explain why she is passionately in favour of staying in the EU. Normally, she never talks politics and it’s hard to believe she would do so now if the Remain camp felt it was strongly ahead. Likewise, the Prime Minister himself has started to talk about pensions being under threat should the UK quit the EU. Given pensioners’ preponderance to vote and their perceived bias towards withdrawal that strikes me as being pretty significant.  Right now, if I were to call it, I would say Leave will just win – but it is very tight and any one event could change things. A run on the pound caused by markets spooked by Brexit may be one such.

I watched the Scottish independence referendum from a distance, not really understanding what was going on. Now I do get it. The passions this vote has unlocked are powerful. Whoever emerges victorious is going to have one hell of a job bringing everyone together again. And if it is a Leave victory the chances are we will have a new Prime Minister by October.

From an IP perspective, the immediate consequences of a Leave vote will be on the future of the Unified Patent Court and unitary patent project. Effectively, it kills this off until the UK formally departs from the EU. At IPBC Global last week there was some talk of the UK ratifying the agreement even after having voted to quit, on the basis that it is an inter-governmental treaty not an EU one; the thinking being that once the UK was in ways would be found to keep it there – a classic Euro-fudge, in other words. The more I think about that, though, the less likely a scenario it seems.

For a start, following a Leave vote the UK government will be in turmoil, the Prime Minister is likely to resign and the ruling Conservative party will then have a leadership election. Nothing will happen until that is resolved, which will not be until October. Then there is the straight moral case: the UPC may not be an EU Treaty, but it is an EU initiative. If the British vote Leave they are not voting for more Europe, but less. It’s hard to see a government led by a Leave politician (most likely Boris Johnson) viewing it in any other way.

Beyond the UPC, though, there are many other ways in which Brexit will affect IP owners.  Some of these are detailed in a piece posted today by our sister publication World Trademark Review:

Going forward, the UK would have to be a separate trademark and design registration (just as it would for patents, of course) and would be setting its own rules on issues relating to copyright protection. Beyond that, another IP issue to bear in mind in an EU without the UK is that its perspective would be lost from future decision-making. As a major common law country that would be significant in all areas of IP law; but also as a practical matter the UK is a major creator of IP (certainly copyrights, designs and trademarks, if not patents) and one of the EU member states with a positive IP balance of payments. Its IP voice is a powerful and influential one.

As anyone reading this and previous referendum-related IAM blogs will realise, potential Brexit is a very big deal for IP owners of all kinds. Until recently, there had generally been a consensus that Remain would win and everything would then carry on as normal. Right now, I am not sure it would be wise to take that view. At the very least, Leave now has a serious chance of winning. If I were a rights holder, or an adviser to one, I would be starting to think about how that outcome would affect me. 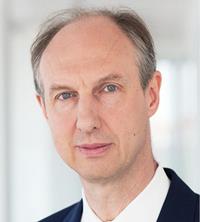