The IP personalities of 2016, part one

What a year we have just lived through. Now that it’s over and we are all looking forward to what 2017 has in store it’s time for IAM to name its IP personalities of 2016. As regular blog readers will know, we define a “personality” in very broad terms. You don’t have to be a human being or even a single identifiable entity to qualify - basically the term encompasses whatever we want it to encompass; it’s all about who and what caught our eye over the past 12 months.

Anti-trust in Asia – It was deja-vu all over again for Qualcomm when in late December Korea’s Fair Trade Commission (KFTC) fined it the equivalent of more than $850 million because of abuses of Korean competition law connected to the company’s licensing practices. Qualcomm has said that it will appeal the finding, but it is not the first time it has been hit this way in Asia: back in February 2015 it agreed to pay a fine of close to $1 billion to end an investigation by China’s National Development and Reform Commission. Lest anyone think that Asian anti-trust authorities only have it in for Qualcomm, it became abundantly clear during 2016 that across the continent there is growing interest in the intersection between competition law and IP deal-making. Developments in China are being closely watched, while Japan’s Fair Trade Commission is also in the process of making life tougher for owners of standards essential patents (SEPs). In India, too, the government is honing in on the issue; and in Korea, the KFTC has amended its rules relating to the “Unfair Exercise of Intellectual Property Rights”. Some may see all this as growing evidence of protectionism, but whatever the reasons that lie behind the increasing scrutiny it is real and must be factored into all Asian patent licensing programmes – especially those that relate to SEPs and FRAND.

Russell Binns – The chief executive of defensive patent aggregator Allied Security Trust (AST) enjoyed a high-profile year thanks to the firm’s management of the Industry Patent Purchase program (IP3). Bringing together a group of major businesses – including the likes of Google, Microsoft, IBM, Ford, Apple, Cisco, Honda and Facebook – IP3 offered patent sellers the opportunity to pitch their wares and to get deals done quickly. It proved to be highly popular, with 434 rights owners submitting 1,378 deals for consideration, and 56 offers with a total value of $5.3 million made. Beginning at the end of May and completed by the end of the summer, IP3 was a ground-breaking expansion of Google’s 2015 Patent Purchase Promotion. The fact that AST ran the show bears testament to Binns’s leadership and the strength of the team he has around him. For many years, AST had been happy to be low-profile while others made the noise and garnered the big headlines; IP3 changed all that. Expect it to be back – in one form or another – later this year.

Brexit – In a year of surprises, this was up there with the biggest. The UK’s vote to leave the European Union was a huge shock for many (though not for us) and it left IP owners in a major state of limbo. For a while it seemed as if the result would push the long-anticipated Unified Patent Court (UPC) system into the long grass, as the UK’s ratification is needed for it to come into force. But in another surprise move, the British government announced at the end of November that it still plans to sign up and that the process should be completed by the middle of this year. While that may be seen as good news, it still leaves many questions wide open – such as, can the UK continue to be a UPC member state after it has left the EU, and what happens if it can’t? These will need answers and quickly. More widely, Brexit looks likely to mean major rethinks for IP rights owners of all kinds in Europe as EU directives covering copyrights, designs and trade secrets – as well as enforcement – may no longer be valid in the UK; while the UK will in all likelihood leave the Community trademark system, with all the implications that has. What a mess.

Mark Kokes - It does not seem that long ago that BlackBerry was standing shoulder to shoulder with Google and others in decrying the patent privateer business model, as well as transfers from operating companies to patent assertion entities in general. Times change, though. After a difficult few years, 2016 saw Blackberry get very serious about the monetisation of its patent assets – whether that be through sale, assertion or licensing deal. At the heart of the new strategy is Mark Kokes, who was recruited in 2014 from InterTrust to be the company’s senior vice president of intellectual property, licensing & standards. Kokes does not court publicity and is well-known for keeping his cards close to his chest, but he was brought in to do a job and having taken a few months to survey the lie of the land is now well into the business of getting things done. The pressure to do so comes straight from the top, with CEO John Chen having identified IP licensing as one of the key planks of his revival strategy for the Canadian tech giant. Combine that with the fact that he has one of the most interesting portfolios in the communications space to play with and, whether he likes it or not, Kokes looks set to be making patent market news for years to come.

Pro-plaintiff China – Not only does China handle more patent applications than anywhere else on earth, as well as more patent suits, but it is now also becoming one of the world’s most patent-friendly jurisdictions. This was a trend that accelerated during 2016, when it emerged that the Beijing IP court – one of three established in the country in 2014 (the others being in Shanghai and Guangzhou) – had handed foreign rights owners a 100% win rate in its first full year of operation. What’s more, unlike their counterparts in the US, the Chinese courts are willing and able to hand out injunctions, as the likes of Samsung and Apple discovered last year. Not everything in China’s patent garden is rosy - damages are low (though getting higher), enforcement of court decisions is often a problem and there are issues around protectionism – but for a country that has no strong patent tradition, China has come a long way very fast. And with manufacturing jobs moving to lower cost countries, the government’s push for an economy built on innovation is only likely to reinforce this trend. Perhaps the most significant confirmation of what is happening came at the end of the year when it was announced that Qualcomm had settled a high-stakes patent dispute with mobile manufacturer Meizu. This was an American company that had taken action against a flag-waving local business and, in the end, the latter concluded it could not win. That says a lot. 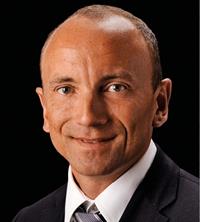