Last week, the IAM blog ran a story which examined the role that IBM – or, at least, its patent portfolio – has played in some of the most high-profile tech IPOs of recent times. As my colleague Richard Lloyd reported, six out of the 10 largest US IPOs by valuation – including Snap’s $3.4 billion floatation earlier this month – involved companies that had purchased patents from Big Blue.

Snap bought around 250 US patent assets from IBM in late 2015, back when it was still known as Snapchat. Alibaba, Facebook, LinkedIn and and Twitter all also picked up rights from IBM in the run-up to their IPOs, while Google has bought more patents from Big Blue than anyone else. .

The article generated quite a bit of discussion with regards to IBM's motivations in making such sales. One Silicon Valley-based intermediary – whose comments can be read at the bottom of the aforementioned blog piece – contacted IAM to offer their view, suggesting that these transactions are often more about achieving tax benefits and rounding out quarterly losses or gains, rather than the particular IP needs of the buyer. As the intermediary pointed out: “Big Blue has been licensing for decades, but only recently added sales… Licensing remains the primary driver for all these hybrid licence/sale deals, while sales occur for their own tax benefit. The tax treatment for capital gains is lower than licensing income, so IBM does a licence and then adds the patent sale - but tucks the revenue into the sale (or as much as possible), thus dropping the tax burden.”

In the most recent issue of IAM, we profile IBM’s IP law team, who have responsibility for the company’s patent, copyright and know-how monetisation activity. One of the key topics covered is how IBM has been combining patent sales and licences, along with other types of IP transactions, to seal broader commercial deals or offer value-adds to its enterprise services customers – many of which are high-growth tech start-ups aiming for an IPO. “Early-stage companies that need patents might sign a licence, buy patents from us and enter into a longer-term relationship with us,” Marc Ehrlich, associate general counsel for patent enforcement and monetisation, explained. “When you have all of those components to offer, you can take a really expansive view… We have a lot of different levers to pull when it comes to generating IP income.”

Steve Mortinger, IBM’s associate general counsel for systems, solutions and research, often works directly with external clients to assist them with implementing technology licensed from Big Blue in their own businesses. “We now have a lot of products that incorporate intellectual property as a key selling point within them,” he told me. “My team is especially focused on sales and licensing of know-how and copyrights. As many of us would probably agree, recent US court decisions have made patent licensing a bit more challenging. So in response, we have worked on other, broader IP offerings.”

This is not to say that IBM isn’t also simply selling patents in straight deals, or seeking ways of lessening its tax burden. But taken together, what these different perspectives illustrate is that there is a whole host of ways in which companies that commit to sustained, long-term investment in patents and patent strategy can create value from their IP – even in times when the market for such assets is down. As this blog reported earlier this week, Microsoft is one such firm, having crafted various ‘patents-plus’ deals lately in order to secure new licensees and widen distribution of its software products. Clearly, as shown by its central role in the US tech IPO landscape, IBM is another one of just a handful of companies that can be included in this group. 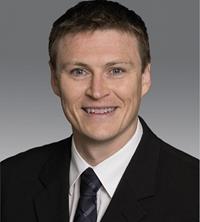