An independent investigation of WIPO DG allegations halted last November; unclear when (or if) it will resume

An independent investigation into the allegations of serious misconduct made by former WIPO deputy director James Pooley against the UN agency’s Director General Francis Gurry was initiated last October, but stopped the following month, IAM can reveal. According to sources inside the WIPO secretariat and member state delegations, an external entity (thought to be KPMG) was appointed to look at the claims Pooley made in the Report of Misconduct (via The Register) he filed against Gurry in April 2014 and had begun to liaise with witnesses about hearing their testimony.

However, following allegations of wrong-doing made against the director of WIPO’s internal audit unit, the organisation’s Independent Audit and Oversight Committee (IAOC), an entity that sits outside the WIPO secretariat and is made up of individuals from member states, recommended that the complaint be looked into externally and that all other investigations be halted in the meantime. Quite why an external investigation of the internal audit unit director should lead to the halting of the external investigation of the Director General is not clear.

Although there is no official, on–the-record information about what has transpired since Pooley filed his April 2014 report, conversations with sources in Geneva and elsewhere have enabled me to draw up a rough timeline of events

Other developments that spin off from the above are: the threat to sue blogger Gene Quinn for linking to the Pooley report in a piece he wrote for the IP Watchdog website; the controversial dismissal of Moncef Kateb, the head of the WIPO staff association, a short time before he was due to address the General Assemblies of WIPO member states; recent claims, reported by the Associated Press, made by Miranda Brown - a former adviser to Francis Gurry who had submitted her own complaint against WIPO about alleged misconduct by Gurry in February 2014 – that a decision not to renew her UN contract is linked to her being a witness in the external Gurry investigation; and a 13th April Bloomberg Business report detailing Pooley’s moves to contact US Secretary of State John Kerry about alleged intimidation of whistleblowers at WIPO. IAM understands that Pooley has also recently written to the current chairs of WIPO’s General Assemblies and its Coordination Committee urging them to ensure a fully independent and transparent investigation of the issues raised in his report, as well as full protection for all witnesses.

Although it is not possible to say with certainty what happens from here, the likelihood now seems to be that should the investigation of the allegations made by Pooley resume it will be conducted internally and will be overseen by the new director of the internal audit unit, who reports to the Director General. It is important to say here that this is not a decision that the Director General himself can make – it is down to the WIPO member states. What they surely need to consider is whether it is in the best interests of WIPO and the wider United Nations that such serious allegations be looked at in anything other than a fully transparent, fully independent manner with full protections in place for all witnesses and a commitment to publish all findings.

It is clear that some member states – the US, France, South Korea and Estonia, at least – are uncomfortable with the way that events are panning out. So far, they have restricted communicating their unease to discussions within WIPO and the occasional carefully-crafted public comment, but at some stage that may change. The US, for example, is the UN’s largest paymaster, while American entities provide WIPO with a good part of its annual revenues. Political and perhaps even investor pressure may mean that at some stage a decision is taken to be more outspoken and more demanding. We shall see.

For what it is worth, I would also argue it is in Francis Gurry’s best interests that everything is examined out in the open. Being cleared of wrong-doing following an opaque process in which no-one is quite clear what was looked at, who was talked to under what conditions, and what was decided is far less satisfactory than being cleared after an investigation whose parameters have been publicly set-out and accepted, and whose findings have been fully disseminated.

Thus, perhaps the quickest way for things to move forward from here on in is for the Director General to say that he understands it is not his decision and that there are rules and procedures in place, but that his strong preference is for a transparent and independent process that will give him the chance to answer his accuser in public. Of course, member states would not be bound to accede to such a request, but it would surely carry a great deal of weight. 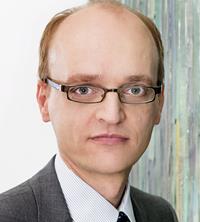