The annual report on IP litigation statistics from China’s top court showed that patent suits continued to increase across the board – no surprise there for IAM readers. One of the more striking findings, however, was that litigation is growing faster in Guangdong province than just about anywhere else.

Nationwide, the number of first instance patent cases grew by nearly 30% year-on-year to about 16,000 in 2017. The Supreme People’s Court (SPC) reports that more than half of this activity took place in the three key regions that are home to specialised IP courts – Beijing, Shanghai and Guangdong.

From what I gather, Beijing is still seen as the premier venue with some of the most experienced judges, and courts in the capital city play a leading role in setting down guideposts for venues across China. There are a lot of cases involving foreign companies – these disputes make up 30% of the Beijing IP Court’s workload, compared with 20% overall.

But while Beijing saw its caseload increase by 50% in 2017, a huge figure in its own right, Guangdong’s IP docket is growing much faster. The 58,000 cases filed at first instance last year represented a whopping 85% increase. Now on this particular stat, we don’t have a breakdown by case type, and most of it is likely trademark disputes stemming from the massive consumer goods manufacturing apparatus in China’s south.

But as my colleague Bing Zhao and I wrote in our just-published insider’s guide to Shenzhen, the southern innovation hub has carved out place as China’s clear second city for patent litigation. The recent SEP injunction granted Huawei (enforcement of which has been put on hold by a US judge for now), and especially the way official court channels described and promoted the decision, suggest that there is an internal competition underway between the key Chinese cities to attract patent cases, we write.

Here are a few of the Shenzhen-based cases we have covered over the last year on this blog:

One thing stands out right away: cases in Shenzhen, as least the high profile ones, are by and large filed by local entities, while foreign asserters have largely stuck to Beijing. Taiwan-based Mediatek is the only plaintiff above not headquartered in Guangdong Province. So the growth of cases there overall might be seen as a metric for the growing assertiveness of Chinese tech companies generally.

Note also that three of the above plaintiffs could be described as local Chinese non-practicing entities. Digital Rise is a domestic standards developer, CAS is the country’s top research body, and Dunjun remains a bit of a mystery but definitely doesn’t sell products. Shenzhen will be the place to watch and see whether such activity continues to increase in China, and whether that triggers any policy response from authorities.

Our full Shenzhen guide features a who’s who of key IP market players in Shenzhen, interviews with top figures including Huawei and Oppo executives and a handy map of key corporate HQs that should help anyone visiting on IP business schedule meetings to minimise time spent in taxis. It can be found in IAM Issue 90, available here. 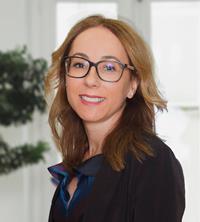