From French fancy to global community – celebrating 100 issues of IAM

As we celebrate a notable centenary, founder and editor in chief Joff Wild looks back on IAM’s creation and evolution over the past 17 years

The 100th issue of IAM comes 17 years after the first one was published in July 2003. I was the launch editor back then, having come up with the idea for a publication focusing on the business of intellectual property a few months earlier one sleepless night in France. As thunder rumbled and lightning lit up the darkened sky, it dawned on me that I was approaching 40, had a young family to look after and did not have a clue what I was going to do with the rest of my life.

I had done a fair bit of IP journalism – first at the now-departed Copyright World, Patent World and Trademark World, and subsequently at Managing Intellectual Property – but was then two years into a freelance career. It got me bylines in outlets including the Financial Times but mainly involved corporate copywriting gigs that paid okay but numbed the mind and could never be relied on as a regular source of work.

On that half-term holiday in Normandy, I realised that carrying on as I was would drive me mad, so I racked my brains for an alternative. Suddenly, it hit me: there was plenty out there about IP law, but nothing about how intellectual property can be used as an asset to secure market share, inform R&D decisions, drive revenues and build shareholder value. In the new century, brands, innovation and content would clearly be major economic forces, meaning that intellectual property would only become more important. The time was ripe for a new kind of IP publication. The time was ripe for IAM.

However, there was a problem. Launching a magazine requires cash. You not only have to write it, you also have to produce, print and distribute it, too; you need people to design the pages, and others to do the marketing, the proofing, the subscription sales, and much more on top. It is an expensive undertaking. I did not have the money. I needed to find a partner. To cut a long story short, I pitched the idea to multiple business-to-business publishers. They all said no. That is how I ended up with Globe White Page (GWP). Professionally speaking, it was the best thing that ever happened to me.

GWP took everything off my hands, except the editorial. That was down to me. I chose the stories to run, who to write them and the angles to take. They were my front covers, my headlines and my editing calls. The GWP crew took care of the rest. And because they were smart, ambitious and hungry, they did it brilliantly. We managed to get 150 subscribers in advance of issue one and sold some ads on top. The business case had been made. We were off.

When I look at the contents page of the first issue now, there is a lot that looks familiar and some more which shows that we launched at exactly the right time. There were profiles of the IP strategies employed by the likes of Lucent, BT and Unilever; we ran a piece on the policy challenges facing pharma patent owners, and another which explored the IP ignorance of most mainstream business investors. Similar articles could find their way into an issue of IAM today.

Two other features, though, carried strong hints of what was to come. There was the news that Marshall Phelps had been lured out of retirement by Microsoft to do what he had done in the 1990s at IBM – reinvent a big technology company’s approach to intellectual property; and an intriguing piece on a new Chinese investment by Qualcomm showed that the country was in the process of moving higher up the innovation chain. The embrace of sophisticated IP strategy by Big Tech and the rise of China are, for me, two of the defining trends of the last 17 years.

More down to luck than judgement, then, we hit the zeitgeist and we grew. As we did, more people who mattered learned who we were. That meant we got greater insights, stronger stories and plenty of exclusives. So, we grew some more. We launched our website in 2006 (how ridiculous is it that we waited three years to do that and actually got away with it?) and a year later we hosted the first IPBC Global in Amsterdam in conjunction with Ocean Tomo, which was holding an auction in the Dutch capital and wanted an event to accompany it. We were amazed when 450 people turned up, but we knew an opportunity when we saw one.

By then, Gavin Stewart had also joined us as the managing director of IAM’s sales operation. He took us to the next level. There are so many things that I could say about Gav, so many stories I could tell, but from a business perspective the key thing was this: he always demanded the highest standards of his team; no shortcuts, no just getting by; everything had to be the best. His philosophy was that we should never compete by being the cheapest. Instead, the selling point to a market like ours always had to be the quality of what we did. It meant that my editorial team could never rest on its laurels – which is exactly as it should be.

The next few years went by quickly. We started to run a daily blog and conduct detailed research that led to the IAM Strategy 300 and the IAM Patent 1000. All that, combined with the IPBC, made us the place where the global IP market met to get its news, share information and learn about what was coming next.

In 2011 we remotely rang the closing bell of the New York Stock Exchange from our first IPBC meeting in San Francisco. At the same time, in the Big Apple, the Nortel auction was getting underway, while further down the East Coast the finishing touches were being put to the America Invents Act. Change was happening fast.

One year later we opened an office in Hong Kong under the leadership of Dan Cole and held our first IPBC Asia. Then, in 2014, we set up permanently in the United States, when Richard Lloyd joined as our North America editor. Over time, GWP became Globe Business Media, then in 2018 we merged into Law Business Research, after being acquired by Levine Leichtman Capital Partners.

The plan was to celebrate issue 100 at IPBC Global in Chicago in June. That, of course, will no longer happen. Instead, we will all raise a remote glass of champagne to mark the moment. When I do so, I will remember not only the great team of journalists that we have now – Richard in DC, Jacob Schindler and Bing Zhao in Hong Kong, and Adam Houldsworth and Bridget Diakun in London – but also those who are no longer with us, but who made such important contributions while they were. In particular, that means Jack Ellis, our first Asia-Pacific editor, and Sara-Jayne Clover, our long-time London-based senior reporter. They and many others have helped to make IAM what I believe it is today: the world’s leading platform devoted to covering the global IP market.

Looking forward, I will not still be editor in chief when IAM issue 200 is published. At least, I hope I won’t be. With the magazine scheduled four times a year, that day is another quarter century away! However, I have a sneaky feeling that we will not be publishing a magazine by then anyway. Instead, IAM will be a single, integrated platform offering all kinds of stuff that I cannot even begin to imagine.

As for the IP market, that is clearly going to be very different, too. When I look back to 2003, plenty has changed; things are a lot more international and much more sophisticated, for a start. However, in general terms, the structures and roles of corporate IP functions, patent issuing agencies and law firm IP groups have evolved rather than revolutionised. But I do not see more of the same from here.

For me, the rise of AI and Big Data is a gamechanger like nothing that has come before. I believe that it will fundamentally transform just about every aspect of the IP system and ask profound questions of all of us who are involved in it. Those who do not have answers are going to find the going extremely tough. What we are living through now with covid-19 could well speed that process along.

What I also know, though, is that intellectual property is not going away. Yes, new ways will be found to manage and exploit it; and there will be new dynamics, especially in the way that different rights interact with each other and with other assets, such as data. But fundamentally, innovation, branding, design, content and all other forms of creation will continue to power economies, locally and globally, and investments will only be made if they can be protected. That means patents, copyrights, trademarks and assorted other rights are here to stay.

To everyone who has supported IAM over the past 17 years – as readers, sponsors, advertisers, editorial contacts, event attendees or a mix of all of the above – I say, from the bottom of my heart, thank you so very much. It has been the privilege of my life to work with you all. You possess some of the world’s sharpest minds, see things long before others do and are absolutely brilliant to share a beer with. It has been quite a journey since that sleepless night in France. My only regret is that I cannot do it all again. 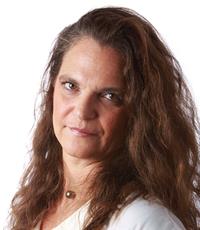