You have only until the end of this week to recommend someone for induction into IAM’s IP Hall of Fame. So, if you know of an individual who has made an outstanding and lasting contribution to the IP field, please spend a couple of minutes completing our nomination form.

Since 2006, the IP Hall of Fame has been honouring those individuals – living or dead – who have had a major positive impact on the IP landscape, whether as a lawyer, business leader, academic, teacher, politician, or in any other capacity. A list of the luminaries who have already been included can be found here.

Self-nominations and those deemed by the IAM editorial team to be for promotional purposes will not be considered.

Once the nominations process comes to an end on 20thMarch, all valid nominations will be sent (anonymously) to the IP Hall of Fame Academy, whose members – composed of past inductees and celebrated IP thought-leaders – will vote on who to induct this year. The three individuals to receive the most Academy votes will become our 2020 inductees. 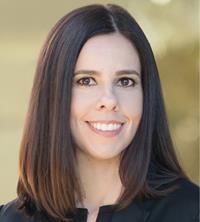