November was a big month in the SEP world. On the 29th, the European Commission issued its long-awaited Communication on SEP licensing, which – it seems to the relief of most – confirmed Europe’s status quo, which favours neither creators nor implementers. Meanwhile, at the start of the month over in the US, the new head of the Department of Justice’s anti-trust division made a substantial and ground-shifting speech in California, which seemingly realigned the balance of power away from implementers in terms of how the Trump DoJ would deal with IP-related issues. For beleaguered licensors, this was a very welcome development – and one which may yet indicate a wider resetting of the system should USPTO Director-designate Andrei Iancu, who IAM understands is a friend of Delrahim’s, decide that things need to change at the agency.

David Kappos, who was President Obama’s first USPTO Director and is now a partner at Cravath Swaine & Moore in New York, has put together a brief opinion piece for us on the Delrahim speech. Although he served under the previous administration, Kappos is in no doubt that in its second term, at least, it favoured users of IP over those who created it. Delrahim’s speech, he states, signals that at the DoJ that will now change …

If antitrust chief Makan Delrahim’s recent speech is any indication, the US Department of Justice (DOJ) will treat IP rights and rights-holders quite differently in the next several years compared to the previous several.

During the second Obama Administration, the DOJ cut away at the value of IP rights, favouring users of IP at the expense of rights holders.  In the context of standard essential patents (SEPs), the DOJ favoured implementers and disfavoured innovators.  For example, in its 2015 bylaws amendments, the Institute of Electrical and Electronics Engineers (IEEE) - an important standard-setting organisation (SSO) - restricted SEP holders’ rights against infringing implementers.  Though there were questions raised concerning the process driving the adoption of these amendments, and despite the substance of them clearly choosing sides as between innovators and implementers, the DOJ ruled - in a letter including laudatory statements about the amendments and their potential effect, but not evincing similar appreciation for the risk of discouraging investment in innovation - that the amendments would be free of antitrust concerns.

The next year, the DOJ similarly favoured IP users over creators in the context of copyright, when it found that the consent decrees under which ASCAP and BMI (two of the largest performing rights organisations (PROs)) had long operated do not allow for fractional licensing.  This position harms copyright holders because, insofar as the co-creators of a work belong to different PROs, it compels them to either join the same PRO as their co-creators or lose out on the royalty income that licensing brings in.  Meanwhile, the users of these copyrighted works (licensees) are benefitted by the DOJ’s interpretation, which truncates the process of attaining the necessary rights to a work by dictating that any one PRO with rights in a given work can license the work as a whole.

It is against this backdrop that Makan Delrahim recently began his post as DOJ antitrust chief.  Mr Delrahim’s speech at USC’s Gould School of Law on 10th November marks the start of a new era of DOJ policy, one that stands in welcomed contrast to the actions of the antitrust division during the previous administration.

In criticising enforcers for having “strayed too far” towards favouring implementers and potentially detracting from incentives to innovate, Delrahim asked that, going forward, they “exercise greater humility” in applying antitrust law and argued that in the SSO context “the first and best line of defense” is not antitrust law at all, but rather “the SSO itself and its participants”.

He not only advocated a smaller role for antitrust law, but explained the reasoning for his stance with refreshing simplicity, remarking that: “New inventions do not appear out of the ether, and … every incremental shift in bargaining leverage toward implementers of new technologies acting in concert can undermine incentives to innovate.” This, he stated had the potential to harm consumers.

Instead of maintaining the previous administration’s focus on patent hold-up (a phenomenon that allegedly harms implementers), Delrahim urged that proper recognition of the “asymmetry” between burdens borne by SEP innovators and implementers in the SSO process warrants greater concern for patent hold-out (a phenomenon that harms innovators).  Finally, Delrahim provided a view into how this new era of DOJ IP policy will look:  “The Antitrust Division will therefore be skeptical of rules that SSOs impose that appear designed specifically to shift bargaining leverage from IP creators to implementers, or vice versa.”

Delrahim’s speech marks a sharp - and, in my view, welcome - departure from the stance of the DOJ in recent years.  It stands as a clear statement that innovation matters, and recognises that innovation does not come free.  It signifies an understanding that, due to innovators’ sunk costs in the highly risky and failure-prone innovation process, innovation must be incentivised and championed.   It counsels us all to recognise and defend the contributions of standards-deployed innovators, so they can continue to drive progress.  It shows a mature understanding of a simple fact:  there are many implementers who will lobby to get access to innovators’ hard-won successes on the cheap, but far fewer brave innovators willing to put their balance sheets on the line by contributing their breakthroughs to standards in a “give much now, maybe get paid back in the indefinite future” leap of faith.

Finally, Delrahim’s speech acknowledges the implementer-innovator dynamic underlying the SSO discussion, and does so consistent with recognising the need for SSOs and implementers to view themselves in balance with, rather than preferential to, innovators.  The speech signifies the beginning of a new era, one in which respect will rightfully be given to innovators and to the sacrifices they make by contributing their innovations to industry standards. 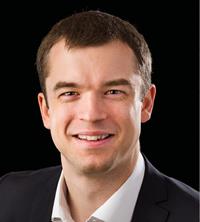