Almost two months since his confirmation hearing before the Senate Judiciary Committee, Washington DC insiders are predicting (and, for many, hoping) that there will be a full Senate vote to confirm Andrei Iancu as the next head of the USPTO by the middle of next month. According to one source, Iancu is due to be voted on as part of a package of government nominees before legislators leave for a week’s break on 16th February.

When asked about this timetable another source close to the Hill said: “Yes that’s the hope.” They then added: “I don’t think there’s any resistance to his confirmation, it’s just a bandwidth thing.”

Much of the Senate’s time for the first few weeks of this year has, of course, been occupied by passing a funding bill for the US government. That was achieved yesterday after a shutdown that lasted a few days. However, the package that was agreed by the House of Representatives and the Senate is only a stopgap measure that will keep the government running until 8th February.

Although the indications are that Iancu will be confirmed in the next few weeks, it is not clear how that timeline might be affected by another financing fight. Administration nominees can come up for a vote on relatively little notice. After his hearing in late November, Iancu was approved by the Senate Judiciary Committee in mid-December, making the full Senate vote little more than a formality – but it is one that is necessary before he can officially get to work. According to several sources, Iancu was in DC earlier this month for meetings on Capitol Hill, including with members of staff in the offices of Senate Leader Mitch McConnell and Democrat Senate head Chuck Schumer.

Given that the USPTO has been without a permanent head since Michelle Lee resigned in early June 2017 and the ongoing friction in some areas of the patent market, such as how inter partes reviews are carried out, most IP observers will be hoping that Iancu is in place as quickly as possible.

In a confirmation hearing performance that played well with a broad range of stakeholders, Iancu gave every indication of being fully aware of some of the gripes levelled against the US patent system and made a point of calling for balance on more than one occasion. “The accused infringer in one case may be the IP owner in another and a patent owner in one area of technology or science may be a member of the public trying to design around someone else’s patent in another area,” he told the commitee. “The playing field must be even for all.”

If Iancu is confirmed by the middle of February, then his start in the job will coincide with the US Chamber of Commerce’s launch of its 2018 International IP Index, an analysis of IP regimes around the world in which the US last year slumped to 10th (tied with Hungary) in a ranking of the relative strength of countries’ patent systems. The latest index is due to be published on 8th February and if the US were to slip again it would give Iancu a sense of the scale of the task that he faces. 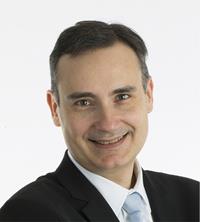