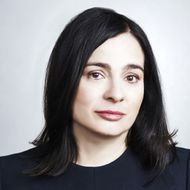 The government has adopted an amendment to the Copyright Act prepared by the Ministry of Culture and National Heritage. The major changes relate to the use of orphan works and remuneration for authors from library loans.

The scope of the amendment seeks to implement copyright-related EU directives into the Polish legal system. In some cases the deadlines for implementing the directives had already lapsed, so the amendment reflects several pieces of EU law, including those from September 7 2011. The amendment also regulates the use of so-called 'orphan works' and works that are unavailable in trade. These changes are revolutionary since, under the existing legal regime, the legitimate exercise of rights related to such works is practically impossible.

The new rules are intended to eliminate a situation regarding verbal and musical compositions (which are not recognised as works of joint authorship) in which copyright in the text expires at a different time to rights in the music. In such case the proposed regulations state that the term of protection begins on the date of the death of the last surviving author.

Another set of changes includes the extension of the duration of copyright and related rights concerning pieces of music. The main goal of this extension is to ensure an appropriate level of protection, especially for those artists who started their professional careers very young. Thus, the new provisions of the Copyright Act extend the term of protection for phonograms from 50 years to 70 years. In practice, this means that artists will enjoy copyright protection for life.

The draft legislation also aims to reform the rules on fair use by providing an extension of the fair use exception for news reporting, temporary copying and the use of copyrighted material by broadcasters.

The amendment provides for the protection of the rights of performers by allowing them to recover rights previously transferred to phonogram producers where the latter does not offer for sale an adequate number of copies of a phonogram or does not make it available on the Internet. Further, an artist will be entitled to additional annual remuneration from producers if he or she has already transferred the copyright to a phonogram producer for a one-off payment.

Finally, the proposal adopted by the government provides that authors of books and translated works will be entitled to remuneration when public libraries lend copies of their works. This remuneration will be financed from the budget of the Ministry of Culture and National Heritage. This change mainly concerns the use of protected content for educational, research and information purposes, and is related to the use of works and derivative works by certain public institutions in order to carry out their statutory duties. According to estimates of the IP and Media Department of the Ministry of Culture and National Heritage, the annual cost of this amendment will be approximately PLN4.5 million (€1 million).

Copyright, Europe, Poland
Back to reports