Chinese judges are reportedly quitting the bench in their hundreds as they grow increasingly disenchanted with perennially low pay and political interference in their work. The disillusionment of the judiciary underlines one of the significant shortcomings that is holding China back from becoming a key venue for handling major patent disputes and IP transactions.

According to the South China Morning Post, over 500 judicial personnel have either resigned or requested transfers from Beijing’s municipal court system alone over the past five years, in a pattern that is being repeated throughout the country. The dissatisfied staffers have claimed that a combination of low pay, high pressure and overwhelming bureaucracy has influenced their decision to quit or move on in search of greener pastures elsewhere within the justice service.

One former judge of the Zhanjiang Municipal Intermediate People's Court - who achieved the highest score in his city when he took the national judges' examination and is currently awaiting a licence to operate as a private practitioner in Shenzhen - told the Post that when he took up the role his monthly salary was Rmb2,000 (around US$320). His pay packet had barely doubled by the time he finished his tenure eight years later.

That pales in comparison to what some IP lawyers in China are earning. It is no wonder that judges are tempted away by the allure of private practice and potential multi-million US dollar remuneration.

China faces a number of issues in attracting headline patent disputes to its shores. Recognising this, the Chinese authorities have recently made some big moves in efforts to modernise its litigation system and make the country a less daunting place for foreign and domestic IP owners alike. The past year has seen the launch of China’s first specialised IP courts in Beijing, Guangzhou and Shanghai, which are already proving to be somewhat popular. Moreover, there are plans to improve the remedies available for infringement and to give judges and courts (slightly) more autonomy from the political establishment.

But, despite these positive signs, it is obvious that rights holders remain cautious when it comes to managing their intellectual property in China. Damages remain low and there is still a perception of protectionist bias in some of the decisions that courts hand down. As the Communist Party’s ongoing anti-graft drive would seem to prove, there is also the looming possibility of corruption in the IP enforcement system. Clearly, an overworked, underpaid corps of judges under constant bureaucratic pressure from Party officials is another major stumbling block that must be set right and overcome if the country’s courts are to take their place among the world’s foremost IP litigation fora anytime soon. 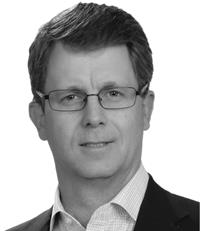