With intellectual property under more scrutiny than it has ever been before, problems at three of the world’s top IP agencies could not have occurred at a worse time. The major controversies besetting both the European Patent Office and the World Intellectual Property Organisation have been covered extensively on this blog; the one involving the US Patent and Trademark Office, less so. Essentially, it seems as if the USPTO has been remarkably lax in monitoring the output of its patent examiners, meaning that there is no systematic way of working out whether individuals are doing a good job or not; the implications in terms of the quality of patents being issued are worrying in the extreme.

As readers of the IAM blog will know, recent years have seen a significant rise in the amount of attention given to IP issues. And, it would be fair to say, a lot of it has been negative. Pirate parties in Europe are winning votes and influencing the debate at national and EU level, while the US Congress is contemplating legislation that would significantly reduce patent owners’ ability to defend their rights; we have also seen the growing use of compulsory licensing in various Asian countries. Across the world, advocacy groups are pushing for ever-tighter controls on IP and winning media coverage for their claims that IP restricts rather then enhances innovation and the dissemination of life-enhancing products and services.

It is against this background that what is happening at the EPO, WIPO and the USPTO has to be seen, and why responses to the troubles each is experiencing matter so much. Put simply: if you want to help anti-IP politicians and pressure groups make their case, gain further leverage and put IP owners under greater pressure, the way you do it is to fail to address fully and openly problems that arise within the IP world. Seen in that light, current events at the EPO and WIPO are particularly depressing.

When the EPO and WIPO were established, no-one outside of a relatively small community gave IP very much thought at all. Politicians and other decision-makers might have had a vague idea that IP was important, but they did not have the time or the inclination to go into matters in detail. Instead, they left it to the experts. And the experts created bodies that enabled them to talk among themselves, to administer and to develop policy in a relatively consensual, non-controversial manner: everyone knew everyone else; everyone had the same basic goals; and no-one was particularly interested in kicking up a fuss; being seen to do the right thing did not cross anyone’s mind as the automatic assumption was that the right thing would always be done and that no-one outside the world of IP would be too bothered anyway. I simplify hugely, of course, but essentially this is how we ended up with the system that currently operates.

The problem, though, is that the world is not like that anymore. Thus, IP institutions developed in the 20th century to operate within the 20th century environment are not fit for purpose in a 21st century where a lot more people have very strong views about IP and in which social media and the 24 hour news cycle are established matters of fact. And for anti-IP advocates, IP agencies with huge powers that are engulfed in allegations of wrong-doing,, but which lack basic levels of transparency and have no independent oversight, are a dream scenario.

At the EPO, senior managers have been accused of working in collusion with officials from European Patent Organisation member states to put patent quality at risk by reducing examiners’ rights and compensation packages as part of a policy to increase patent grants in order to generate increased revenues that can then be distributed among member states; all this while compromising the independence of the judiciary. No proof has been offered that any of these things are true and they are vigorously denied – all we have is speculation, insinuation and anecdote. But that has not stopped a stream of very negative (from the EPO’s perspective) stories appearing on various IP blogs and, increasingly, in the mainstream press. That’s because there is no independent means to verify the reality: we don’t get all the statistics, we do not know what happens in meetings, we are not privy to how and why decisions are made. That lack of neutral information creates a vacuum that those with a vested interest in getting across certain points of view are only too willing to fill.

Meanwhile, over at WIPO we have the ridiculous situation of a deputy Director General making on the record allegations of grave misconduct against the Director General and a year later almost nothing having happened to find out whether they are true or not. Instead, it seems as if the will to see that the claims James Pooley has made against Francis Gurry are investigated disinterestedly and independently, with witnesses fully protected and the findings made public, is almost non-existent. In fact, the strong impression being given is that for whatever reason a primary aim among some in and around WIPO is to ensure that such an investigation does not happen.

Those inside the IP world know that both the EPO and WIPO do a tremendous amount of good work, not only administratively, but also in terms of research and in setting the parameters for policy-making. However, right now this counts for very little. Sadly, what the world beyond the IP bubble sees are two public institutions that are not handling the difficulties they face in an adequate manner. Where there should be transparency, there is opacity; where there should be independent scrutiny, oversight is left to people closely connected to the organisations concerned. What this makes the EPO and WIPO look like are bodies that are run not for the greater good, but in a way that suits a relatively small group of individuals who have little incentive to rock the boat. That may not be true in practice, but it is the impression being given. And in a world where IP is under scrutiny like never before, that is what matters.

All of which brings us back to the USPTO’s troubles. There thing have panned out differently. The story about patent examiner supervision erupted last year when it emerged that the original version of an internal report on teleworking at the office had been altered; allegedly because it was very critical of the regime that was in place. The USPTO denied it, but instead of being brushed under the carpet, the issue was taken up by the US Congress, which held a hearing on the matter.  The Office of the Inspector General of the Commerce Department, a body which sits entirely independently of the USPTO, then investigated and issued a highly critical report. That process may well have been very uncomfortable for some people inside the USPTO, but it showed the wider world that the office is not a law unto itself, that it can be held accountable and that serious issues can be identified. In turn, that means solutions can be found and basic trust in the agency is more likely to be restored.

Of course, it is always going to be easier building checks and balances into a national IP system. But it is hard to believe that, were the will to exist, the same level of transparency and independent oversight could not also be applied at both the EPO and WIPO. You can bet your bottom dollar that at some stage soon if change is not suggested from inside it will be imposed from the outside; and will probably be overseen by people and groups that do not have a natural affinity with or sympathy for strong IP rights. This is something that not only those working inside IP institutions should think about carefully, but also IP owners - who may otherwise be tempted to feel that they don’t need to bother with issues that really don’t have much impact on the value and utility of the assets they hold.

There is no doubt that IP is a force for good in the world and that it has helped to change countless lives for the better, but that does not mean that those who run the global system should just be left to get on with it. To make the case for IP as effectively as possible, we need to ensure that the institutions which oversee its functioning follow best practices in every way possible – and that means letting the light shine in. If claims are made about methods, motives and means, it must be possible immediately to see whether they stand up to scrutiny; likewise, if wrong-doing of whatever kind is alleged, this has to be looked into thoroughly and openly.

No doubt, transparency and independent oversight look unattractive for many that work inside IP’s major institutions. Such reactions are understandable among people who, like most inside the IP world, entered the field when it had a very different, much lower profile. Nevertheless, I am afraid, that’s the way it has to be. We cannot hold off on doing the right thing because it discomfits certain people and interests. IP is too important for that. 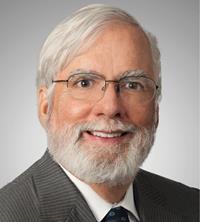