It has been a busy 2015 for IP owners operating in Asia, with the region continuing to challenge Europe as the world’s second major IP marketplace (and, with things the way they are in the United States at the moment, first place may even be up for grabs sometime soon). As the year draws to a close and IAM’s Hong Kong team prepares to wind down for the festive break, let’s take a look back at some of the key developments in Asia-Pacific jurisdictions over the past 12 months. The below is not intended to be an exhaustive list, so feel free to add any suggestions of your own in the comments section. We’ll return during the second week of January – see you then!

Antitrust on the agenda – The much-discussed probe into Qualcomm’s patent and technology licensing practices conducted by the National Development and Reform Commission (NDRC) came to an end in February when the US company announced that it had reached a settlement with the Chinese competition regulator. While the $975 million fine demanded by the NDRC will make a small but noticeable dent in Qualcomm’s wallet, the restrictions placed on its licensing activities – including the ‘bundling’ of patent licences with chipset sales – will create the bigger headache for the US company. The apparent sweeping away of its ‘reverse licensing’ policy – which obliged its licensees to cross-license one another’s patents – could also clear the way for domestic Chinese companies to become more assertive in seeking payment for alleged infringements of their own patents. Qualcomm also faces a possble investigation in South Korea now and generally the region's antitrust authorities are taking a much closer look at patents - with the general trend being to cast a sceptical eye over the licensing activities of foreign corporations. Some see this as protectionism and they may well be right; but it is something that is only going to become more common over the coming years.

Chinese investors want IP, and they’re willing to pay – Some of the biggest technology-driven deals (some of the biggest commercial deals full-stop) this year have involved large commitments of Chinese capital, reflecting the country’s thirst for IP assets and technology that can help expedite its journey from being a manufacturing, to a knowledge-based, economy. Perhaps grabbing most of the limelight has been Tsinghua Holdings and its various offshoots. Its affiliate Unisplendour agreed to a $2.3 billion acquisition of a 51% interest in H3C, a company formed from the merger of H3C Technologies and Hewlett-Packard’s China-based server, storage and technology services businesses. Another affiliate, Tsinghua Unigroup, paid $3.78 billion to take a 15% equity stake in US hard disk drive maker Western Digital. Unigroup’s reported attempts to acquire US chipmaking giant Micron in a proposed $23 billion deal were apparently rebuffed due to the likelihood that national security concerns would scupper any such transaction. Other investors from the country have similarly been prepared to pay big bucks for IP-rich prospects: Chinese-led consortium GO Scale Capital pledged $3.3 billion in return for a controlling stake in Philips’ LED-maker subsidiary Lumileds (another deal which appears to have stalled for the time being due to US regulatory issues) and its key participants have launched a $5 billion M&A fund aimed at mounting takeover bids – especially of European companies – in industries including life sciences, wireless communications and clean energy. Watch this space in 2016.

Trans-Pacific Partnership is go – The eventual consensus reached on the Trans-Pacific Partnership Agreement (TPPA) was without doubt one of the most widely reported IP-related stories to emanate from the region over the past 12 months. Though it is unclear at this stage how the agreement will affect strategic IP business activities (if, that is, it is ratified by all of the governments of signatory states), I would be remiss not to mention it. Ultimately, however, it would appear to be a case of ‘let’s wait and see’.

Opening up – This year, there has certainly been an observable trend towards open innovation and technology sharing among Asia-Pacific IP owners. This is particularly noteworthy with regards to Japan, where corporates have traditionally shunned such collaborative opportunities and maintained a ‘Not Invented Here’ attitude. In January, Toyota announced that it would offer royalty-free licensing of thousands of its patents covering zero-emission fuel cell vehicle technology; while in March, Panasonic granted free access to its patents and software relevant to the development of Internet of Things services. In Korea there has been a similar shift, though that has been encouraged by state intervention, to an extent. Nevertheless, in these two countries – where companies own a significant share of the world’s patents – there is potentially a lot of value to be created in redistributing vast technology and IP holdings.

NPEs can be our friends – Following on from the above, this same new-found, progressive approach to IP management and value creation is leading in some cases to an apparent increase in willingness to partner with NPEs – something that on the whole remains anathema in Japanese and Korean corporate culture. In Japan, Rohm and Funai this year followed the likes of Panasonic and Renesas in teaming up with NPEs to try to extract additional value from their IP portfolios through monetisation. Across the Korea Strait, there were indications that LG Electronics, too, may have engaged the services of an NPE in order to license its patents.

India becomes a FRAND hotspot – India’s importance as an IP marketplace has often been overlooked, particularly due to its rather prohibitive rules on pharmaceutical and software patents. However, a couple of events during 2015 have demonstrated that India has many attractive features as a dispute resolution forum for IP-owning multinationals. After being awarded an injunction by the Delhi High Court against Chinese smartphone maker Xiaomi late last year, Sweden’s Ericsson has gone on to enjoy further successes in enforcing its standards-essential patents in India, including an injunction against local re-seller iBall which eventually led to the latter signing a global licence deal. The Delhi court also granted injunctions requested by Vringo in its infringement dispute with ZTE – these ultimately helped the US PIPCO to drive a $21.5 million settlement and an end to all global litigation with the Chinese telecoms player earlier this month.

Asia’s sovereign patent funds up their game – East Asia’s two ‘sovereign patent funds’ (SPFs) – operated by Intellectual Discovery in South Korea, and IP Bridge in Japan – have largely been spoken of in terms of their aggregation activities in the few years that have passed since their respective foundations. Despite anecdotal talk of successful ‘carrot’ licensing deals and various other financing, collaboration and defensive pooling initiatives, it always seemed inevitable that the firms would one day have to adopt a more aggressive approach in order to get adequate returns on the not-insubstantial public and private funding they have received. In July, IP Bridge bit the bullet and filed an infringement lawsuit against Chinese telecoms company TCL in the US District of Delaware. During the same month, an entity named Game and Technology Co launched litigation against multiple defendants in the Eastern District of Texas, claiming infringement of a number of patents that had been transferred to it by Intellectual Discovery. We can probably expect to see further actions launched using patents owned – or recently owned – by SPFs in the coming year.

China: the next IP value creation hub? – The jury’s still out on this one. China’s suitability as a forum in which to monetise IP assets has long been debated, particularly after 2007’s renowned Chint v Schneider decision seemed to suggest that damages were on the up. Nonetheless, many foreign patent owners seem to remain generally apprehensive about enforcing their rights in the country, let alone launching assertion campaigns with a view to signing up licensees and building revenue streams. However, the past year has seen a number of developments which could bode well for those looking to monetise their IP rights in China. Key among these is the emergence of specialist IP courts, which have proven popular with resident and non-resident rights holders alike, and promise a faster, more streamlined resolution of patent disputes. Second are the clear signals from government that the issue of low statutory damages will be addressed in upcoming rounds of legislation. Some Chinese companies operating in IP-heavy industries, including Netac and Sogou, have already demonstrated this year that have confidence in the country’s enforcement system. When foreign rights holders feel the same way, then we will know that China’s IP star is on the rise for sure. 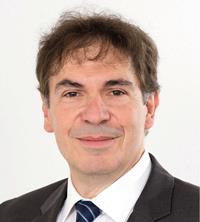