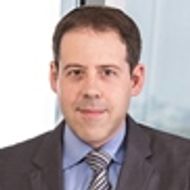 According to the Israel Patent Office’s (ILPO) annual reports, there has been a steady increase in the last two years in the number of design applications made by international corporations. More specifically, there was a considerable rise in foreign submissions made in Class 14 (recording, communication or information retrieval equipment), also known as the Mobile Class. This is not a coincidence.

In 2018 the new Design Law 2017 and design regulations came into effect, replacing the 90 year-old Patents and Designs Ordinance 1924. The new provisions provide broader and stronger protection to both registered and unregistered designs and expands protection specifically for design mobile elements. Further, ILPO implemented a new online system for filing design applications and searching existing ones. The law also introduced a 12-month grace period with regard to prior publication. Now, disclosure of a design (by its owner or a third party) will not be considered to be prior publication within 12 months of the filing date of the application or before its priority date.

The reform made significant changes to design protection, first and foremost by extending the term of protection to 25 years, subject to periodic renewal fees. This is a major change since the term of protection under the old law was 15 years. Further, the new law provides limited protection for unregistered designs. Such protection is available for products offered for sale or commercially distributed in Israel (including online sale and distribution). This new form of protection is crucial for the fast-changing mobile market. The non-renewable term for unregistered designs is three years after publication, which is similar to the protection granted to unregistered designs under EU law. The remedies available to the owners of registered and unregistered designs are largely the same as those for a registered design. However, an important exception is that unregistered designs will not be enforced by Israeli Customs. Another major change, specifically for the mobile market, is the expansion of the subject matter of protection. The new law uses the term ‘products’ to identify the subject matter for protection, rather than ‘articles’ as under the old law. While this may seem insignificant, ‘product’ is intended to be more inclusive and includes “graphic symbols and screen displays”, which are common in the mobile market. Another notable feature is that intentional copying or importation of a registered design for commercial purposes is now a criminal offence, punishable by a fine of up to NIS226,000 (or NIS452,000 if the offence was made by a corporation, roughly $125,000). Further, corporate officers will supervise and implement measures to avoid the offence. Not adhering to this requirement may result in a personal fine of up to NIS29,200.

The new law also introduced the option to file international design applications via the Hague system (subject to Israel ratifying the Hague Agreement Concerning the International Registration of Industrial Designs). The Hague system makes the process of obtaining international protection simpler and less costly for Israeli designers and for foreign designers who wish to protect their designs in Israel. It allows international registration of up to 100 designs in 70 contracting parties by filing one single international application. These significant changes herald a new era in design protection in Israel and have had a considerable impact on the Israeli market.

Recently, major international players are investing a great deal of resources in Israel and in Israeli start-ups, especially in the mobile industry, through funds, investments and acquisitions, acceleration programmes and incubators. Recently, Chinese giant Alibaba acquired Infinity AR, an Israeli mobile start-up that develops mobile augmented reality technology. This deal is estimated to be worth around $50 million, according to reports. However, the main purpose of this acquisition is the expansion of Alibaba's R&D centre in Tel Aviv. This was founded in 2017 following the acquisition of Visualead, another Israeli start-up that develops mobile augmented reality technology. Alibaba paid $15 billion to set up a network of global research and development centres called DAMO in China, the United States, Russia, Singapore and Israel. Another notable acquisition made recently is that of Appsee, an Israeli start-up that is developing a platform for monitoring user activity in mobile apps, which can identify the entire process of use, malfunctions and even the path of the user’s finger on the screen. The buyer, ServiceNow, has already bought two Israeli mobile companies in the past.

The new design law and regulations expand protection for mobile elements and allow for easier international prosecution of designs. The substantial growth in the vibrant Israeli mobile industry will undoubtedly create new and exciting opportunities in the very near future.