The concept of inventive step in India 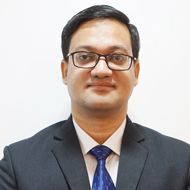 William James once said: “Genius means little more than the faculty of perceiving in an unhabitual way.” His observation seems particularly apposite in the context of determining inventive step in patent examinations. This plays a critical role in deciding the fate of a patent application. The various tests for assessing obviousness take into account the nature of the invention, the current state of the art and whether the invention would be obvious to a person skilled in the art. Section 2(1)(ja) of the Patents Act sets out the criteria for patentability and defines 'inventive step' as “a feature of an invention that involves technical advance as compared to the existing knowledge or having economic significance or both and that makes the invention not obvious to a person skilled in the art".

The major factors to consider when examining a patent application thus relate to the following:

These factors are largely influenced by the regimes in parallel foreign jurisdictions. However, the Patent Office interprets the terms 'technical advancement' and 'economic significance' subjectively. These terms are presumably dealt with simultaneously by Section 2(1)(ac) of the act, which defines “capable of industrial application”, alongside Section 3, which sets out an exhaustive list of inventions which are not patentable in India.

Where an invention meets the novelty requirement, which is absolute, the next challenge for the examiner is to assess whether the approaches followed in its creation are non-obvious and identify the inventive measures taken to arrive at a solution to a technical problem. Measures which have been considered in assessing inventive step include the following:

The applicant must set out certain steps in the specification which identify the need for the invention, in order to facilitate a better understanding of the invention.

Another important factor in testing obviousness concerns the person skilled in the art. Under current practice, this skilled artisan is considered to practise in the relevant field of the invention. It is assumed that the skilled person would look at the prior art, considering the risk involved, and undertake a  technically rigorous analysis of the subject matter. It is further assumed that minor changes to the prior art would be obvious. However, it is also important to consider that small structural and functional changes in relation to a product, composition or process may yield significant changes in results, so the invention should thus be assessed as a whole. It is also necessary to assess whether the skilled person would arrive at a similar invention under similar conditions without being provided with the solution.

Another approach in assessing inventive step involves an analysis of hindsight, whereby the skilled person would examine the prior art to arrive at a solution to the identified problem. In assessing inventive step, certain logic or hypothetical assumptions should apply when considering the possible changes, modification and adjustments. That said, the invention should not be analysed exclusively according to theoretical principles and anticipation of the facts as to how the inventor has arrived at the invention.

The Patents Act includes no formal definitions of terms such as 'technical advancement', 'economic significance' and 'person skilled in the art'. Moreover, few cases have dealt extensively with the determination of inventive step. The Patents Act further does not envisage a skilled artisan as someone who works in a laboratory in a pre-defined working environment.

The Patent Office appears to follow guidelines set out by the Supreme Court concerning the importance of documents in proving the existence of inventive step: “Had the document been placed in the hands of a competent craftsman (or engineer as distinguished from a mere artisan), endowed with the common general knowledge at the 'priority date', who was faced with the problem solved by a patentee but without knowledge of the patented invention, would have arrived at the invention”.

A similar interpretation − “the same (person ordinarily skilled in the art) cannot be read to mean that there has to exist other qualities in the said person like un-imaginary nature of the person or any other kind of person having distinct qualities” − was made in another high court case.

Obviousness is the issue most commonly raised in both prosecution and litigation. Thus, assessing inventive step, understanding the state of the art, defining the person skilled in the art and determining how the invention may be distinguished from the prior art are key concerns for both attorneys and examiners − and issues which are still open to wide interpretation.

With reduced examination times and other improvements at the Patent Office, the Indian patent system is continually evolving, in relation to both prosecution and enforcement. However, assessments of obviousness remain subjective: rapid technological advancements in different fields mean that the assessment of inventive step and its interpretation by the Patent Office are also constantly changing. For clarity, the applicant’s analysis of the prior art should be considered and interpreted in light of earlier analysis established under the law. Ultimately, however, this will remain a subjective issue.