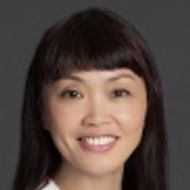 China’s National Intellectual Property Administration (CNIPA) has published its statistics for the first two quarters of 2020. These indicate that the numbers of patent applications for inventions, utility models and designs for the first quarter were  328,412 (down 3.6% year on year), 563,657 (up 12.1%) and 131,135 (down 16.6%) respectively. Likewise, the number of patent applications for inventions filed by foreign applicants in the first quarter of 2020 fell 3% compared to the same period of last year. The 2019 statistics – which were released on 14 January 2020 – show that a total of 1.401 million patent applications for inventions were filed in 2019, of which 157,093 (up 6% year on year) were filed by foreign applicants.

In response to growing concerns from the international patent community over the quality of domestic patent applications in China, CNIPA has been ramping up efforts to encourage applicants to focus more on the quality rather than the number of patents they file. In 2019, the total number of applications for inventions fell 9% from 2018. The average grant rate also dropped 9% to 44.3% in 2019. Among the 453,000 patents for inventions granted by CNIPA, 20.3% were granted to foreign applicants, which is much higher than the proportion (11.2%) of the number of inventions filed by foreign applicants to the total filing number. Chinese applicants using utility models as a shortcut to acquire patent rights without going through substantive examination file far more utility model applications than foreign applicants. It had been and is still fueling concerns over patent quality in China.

The CNIPA revised its Patent Examination Guidelines twice in 2019 in an attempt to promote quality and efficiency in patent examination, support technological innovations and cater to the patent protection needs in new industrial sectors. These revisions became effective as of 1 November 2019 and 1 February 2020 respectively.

The revisions bring notable changes to the practice of patent prosecution in the fields of biotechnology and computer programming. In particular, they state that technology involving stem cells isolated or obtained from human embryos within 14 days of fertilisation (ie, not developed in vivo) should not be excluded from patent protection. If a claimed invention comprising computer algorithms or business methods contains any technical feature, it shall be assessed as a whole when examined for eligible subject matter. In the assessment of novelty and inventiveness, the algorithm or business method may be factored in to ascertain its contribution to the technical solution, provided that it is mutually supportive in function and interactive with the said technical feature.

The revisions also specify the methodology of examiner prior art searches and inventiveness assessments. The role of evidence to support “common knowledge” used for raising objections or rejections is also clarified. Under the latest regime, the examiner must produce evidence for attestation or explanation if the applicant opposes the common knowledge used, or if the technical feature contributing to the technical solution of the claimed invention is objected as common knowledge.

The revisions add more flexibility to the examination procedures, allowing applicants to accelerate or defer the process. Applicants or their agents (if applicable) may reach out to examiners via telephone, email or video conference, or request a face-to-face interview to discuss or clarify both formal and substantive issues in the application.

In practice, examiners tend to raise more objections to inventiveness or non-obviousness in claimed inventions, with rejection decisions increasingly citing lack of inventiveness rather than other grounds that may result in rejection based on substantial examination. This chimes with the CNIPA’s shift of focus to assess the substantive technical improvement of the claimed invention in examination procedures.

On 5 March 2020 CNIPA released its 2020 Patent Objectives, which can be summarised as follows:

@IAM_Alerts A strong Senate performance by USPTO Director nominee Kathi Vidal yesterday all but secured her the job. She showed… https://t.co/rfHmC6cJfV Read more

@IAM_Alerts At this time next Monday, IPBC China 2021 will be underway on Zoom. With travel between China and the rest of the w… https://t.co/MaYrb8L72E Read more

@IAM_Alerts For those just coming online in Asia, here's the Kathi Vidal confirmation hearing summed up in a tweet. https://t.co/CPysPa0kGb Read more