With regard to patents, the data shows that:

For trademarks, the data shows that:

The numbers for geographical indication (GI) applications demonstrate that:

With regard to IP protection and use:

Finally, with regard to integrated circuits layout design, 14,375 applications for these were received and 11,727 certificates were issued, with a year-on-year increase of 72.8% and 77.3% respectively.

The CNIPA highlighted four major trends in its data. First, both quality and efficiency have improved in examining IP rights applications. On average, the examination period of high-value patents was reduced to 14 months, 20 months for invention patents and four months for trademarks.

Second, the quality of domestic invention patents is improving constantly. The number of Invention patents held by domestic registrants, which are valid for more than 10 years, reached 281,000 by the end of 2020, accounting for 12.3% of the overall patents.

Finally, there is growing confidence in the countries involved in the One Belt, One Road initiative for developing business in China. Mapping out the path, 23,000 invention patent applications were filed by a number of member countries by the end of 2020, with a year-on-year increase of 3.9%, which surpassed the average growth of in-bound applications. 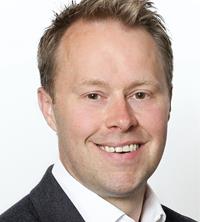