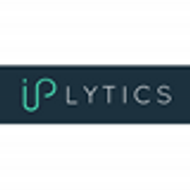 Cloud computing patents
Cloud computing is often quoted as one of the most significant innovations that will revolutionise the technology industry. In this regard, companies are increasingly developing solutions and applications that run on cloud environments, manage cloud servers or enable communication via cloud systems. As businesses highly depend on the availability of cloud providers, clouds must be reliable and minimise down times or outages. Further, cloud businesses want their solutions to be free of third-party rights. The issue of the legal reliability of cloud-based systems also been raised.

Cloud computing forms a space where technologies are complex and different solutions converge. Therefore, it is challenging for cloud-based companies to control whether their solutions unintentionally infringe patented inventions. In this regard, a growing number of companies are filing for patent protection of cloud computing technologies or acquiring earlier-filed patents to defend themselves against future litigation. Recently, Snap Inc acquired a cloud-based geo-filter patent from Mobli for a record $7.7 million. Mobil was a Snap competitor that closed years ago. However, Snap acquired the patent to ensure that it would not fall into the hands of competitors or an aggressive patent assertion entity (PAE) – companies whose main purpose is to monetise and assert patents. Snap has most likely already implemented technologies that use the patented geo-filter technology.

Patents analytics
We combined information on patent transfers and patent litigation in order to analyse how cloud computing technologies are affected by patent infringement lawsuits. First, the IPlytics Platform database performed an extensive keyword search of worldwide filed patents in the cloud computing field. The database then identified cloud patents subject to litigation in US district courts and those subject to a patent trade (reassignment) within the dataset of cloud computing-related patents.

Cloud computing litigation analysis
In order to better understand the origin of cloud-related litigation cases, the business model of the plaintiff in each case was analysed. Therefore, we used two public sites (plainsite.org and trollala.com) that list PAEs. Further, in order to refine the classification, we used the IPlytics Platform company database to retrieve information about the main business activities of each company. Following this method, we differentiated between operating companies where the main business activity is connected to a product, technology or service and PAEs where the main business activity relates to the assertion and monetisation of patents.

Figure 2 shows that PAEs have been responsible for the dramatic increase in patent litigation since 2014. As of 2016, PAEs are responsible for over 50% of cloud-related patent lawsuits. PAEs are entities that typically enforce patents against purported infringers without manufacturing the patented product or supplying the patented service themselves. PAEs often purchase patents (eg, from a bankrupt firm) and then sue other companies by claiming that one of their products or technologies infringes on the purchased patent.

Data on the timing of patent litigation and patent trade was matched with information on plaintiffs’ main business models. PAEs are plaintiffs in over 160 patent litigations cases. In approximately half of the cases, PAEs are the first owners of a patent before they litigate, while for the other half, PAEs acquired the patent before litigation from a different former owner. PAEs never sell patents after a litigation. In over 80% of the litigation cases, operating companies are the first owner of the litigated patent.

The presented results are an extract of an ongoing study around patent activities in the space of cloud computing. The analysis conducted by IPlytics intends to shed light on the potential legal risks for cloud technology users.