In addition to the conventional subject matter for obtaining pharmaceutical patent protection (eg, for a new therapeutic drug or new use of a known drug), research-based pharmaceutical companies also have a number of other possibilities for obtaining patent protection that takes scientific progress into account. In particular, the protection of findings obtained in clinical studies and the large amount of data available due to increasing digitalisation are contributing to the development of personalised medicine.

In medicine, clinical trials are conducted in order to establish the safety and efficacy of a drug for its intended medical use. Clinical trials, particularly in Phases 2 and 3, are time-consuming and cost-intensive. Thus, a party conducting clinical trials will consider obtaining recompense in the form of patent protection, thereby potentially extending the time for market exclusivity. In order to achieve this, the circumstances of clinical trials and the filing of patent applications must be closely coordinated. This chapter will look at the case law of the European Patent Office’s Technical Board of Appeals, which demonstrates that there are considerable problems to solve in obtaining valid patents related to clinical trials.

In Decision T0007/07 (July 2011), the Technical Board of Appeals concluded that conducting a clinical trial with a contraceptive constituted public prior use, since handing out the drug to participants rendered the drugs publicly available, meaning that it was therefore possible for the skilled person to discover the composition or internal structure of the product used in the clinical trials and to reproduce it without undue burden.

This decision was criticised by interested parties because it placed a heavy burden on parties wishing to obtain patent protection from the results of a clinical trial. There are two cases pending with the Technical Board of Appeals (T1427/16 and T0041/17) dealing with similar issues. In both cases, it was decided in the first instance that the respective clinical trials, although having begun before the priority dates of the patents, did not constitute public prior use and the reasoning of T0007/07 did not apply. The reasoning was based on the assumption that the sponsors of the clinical trials did not lose control over the drugs by concluding confidentiality agreements with the institutions conducting the clinical trials and by instructing the patients to return any unused material. In both cases, an appeal was filed and oral proceedings have been scheduled for 2020. It is hoped that these decisions will provide legal certainty for the sponsors of clinical trials and clarify which requirements are to be met so that a clinical trial is not considered a novelty-destroying public prior use.

Decision T1868/16 (November 2017) dealt with a claim directed to a drug for use in the treatment of a pancreatic neuroendocrine tumour. In the patent specification it was stated that in clinical trial studies a certain pharmacological response “may be observed” when administering the drug. No experimental data of any type, however, was presented. The board considered this disclosure only as a hypothetical statement indicating the possibility that some effects may be observed. From this statement, it could not be ascertained which patients, if any, had actually been treated and which results, if any, had been achieved. The board therefore concluded that the disclosure in the patent did not make the suitability of the drug in the claimed treatment plausible. In the board’s conviction, it was imperative to provide at least some technical evidence in the application as filed that allows the skilled person to conclude that the drug was suitable for the claimed treatment. A mere reference to the (desired) effect that may be observed or a response evaluation that may be performed is not sufficient in this context. Thus, in absence of a plausible pharmaceutical effect, the first-instance decision was overturned and the patent was revoked due to lack of sufficiency.

The case underlying Decision T0239/16 (September 2017) was based on a claim relating to a drug for use in a method of treating osteoporosis by a certain treatment protocol. A closest prior art document was an information sheet concerning a clinical study with the drug involving several different treatment arms including, among others, the claimed treatment protocol. This information sheet was provided to the patients participating in the clinical trial with no confidentiality obligation. Thus, the recipients of the information were given the impression that they were free to disseminate it without further restriction.

Although the document identified the drug and the claimed treatment protocol, it was not considered novelty-destroying, since it did not disclose any effect (ie, the effective treatment of the claimed disorder itself). Thus, it was decided that the document did not directly and unambiguously disclose the effective treatment of the disorder as defined in the independent claims of the patent.

With regard to inventive step, the Technical Board of Appeal considered that the relevant prior art document disclosed the use of the drug in the claimed treatment protocol; however, a certain doubt remained as to whether the respective treatment arm in the study would lead to an effective treatment of the disorder. The board had thus to answer whether this doubt would diminish the skilled person’s expectation of success for the claimed treatment arm.

The board considered that the mere fact that the drug was tested in a clinical study for the treatment of the disorder already leads to an expectation of success for the skilled person, due to the fact that clinical studies are based on data obtained by pre-clinical testing both in vitro and in animals and require authority approval which takes ethical considerations into account. Hence, the skilled person would normally expect that all study arms indicated in the information sheet to treat the disorder effectively, unless they were dissuaded from this by the prior art.

From the above case law, the following considerations should be considered:

Today, new efficient diagnostic and big data-based approaches (eg, genomics and proteomics) can provide the individual genetic and molecular profile of a patient, thereby allowing an understanding of the basis for a disease or condition to be treated. Individual differences between patients (eg, heritage, genetic differences, environmental factors or lifestyle) may be considered by tailoring specific personalised medical treatments for the individual genetic and molecular profile of a patient to be treated. Consequently, personalised medicine usually involves a combination of diagnostic step to provide a patient-specific profile and an actual treatment step, which is based on the results of the diagnostic step (ie, individual characteristics of the patient).

Of course, if such a diagnostic or therapeutic step is not known from the prior art, it can form the basis of a successful patent application. However, under Article 54(5) of the European Patent Convention (EPC) 2000, known substances or compositions are also deemed to be novel if they are intended for a specific use in a therapy method on the human body, provided that that use is not known in the state of the art.

The claim format under the EPC for second medical use reads: “Substance/composition X for use in the treatment of disease Y”.

It is not possible to obtain a patent relating to the second medical use of a device (T 2003/08).

In 2010 the Enlarged Board of Appeal clarified that, according to Article 54(5) of the EPC, “any specific use” for a known medicament in a method of therapy permits a purpose-related product protection (G 02/08; Abbott Respiratory, dosage regimen), provided that such use is not known from the prior art. Article 54(5) refers to any specific use that is novel and not only to any new medical indication.

In 2015 EU health ministers in their council conclusion on personalised medicine for patients, defined ‘personalised medicine’ as referring to “a medical model using characterisation of individuals’ phenotypes and genotypes (e.g. molecular profiling, medical imaging, lifestyle data) for tailoring the right therapeutic strategy for the right person at the right time, and/or to determine the predisposition to disease and/or to deliver timely and targeted prevention.”

Thus, having G 02/08 in mind, novelty of a therapeutic application may, besides a new therapeutic use, be established in several ways, such as by identifying the “right therapeutic strategy” for “the right person” at “the right time”.

The right therapeutic strategy for the right person

It is increasingly important to provide therapeutic strategies that make it possible to differ between drug responders and non-responders. This helps to avoid unnecessary side effects with patients, no time is wasted on ineffective therapies and healthcare resources are not unnecessarily consumed.

The right patient, in general, in any sub-population of patients to be treated is usually identified in a preceding diagnostic step, which is not part of the claim (T 734/12).

A new sub-group of patients or a new patient population must be distinguished from former groups of subjects by its physiological or pathological status to establish novelty (eg, T19/86, T233/96, T108/09 or T734/12), such as any physiological parameter or all kinds of biomarker, but also more general features like gender, age and weight. Examples of biomarkers defining a sub-population may be the expression of proteins (eg, biomarker proteins on cell surfaces, ribonucleic acids in the cell plasma and the presence of mutations of germ line genes or somatic genes in tumours). In addition, a pre-treatment involving another active substance, surgery or radiation, among other things, can characterise a sub-population.

An overlap with a given group of patients is usually not considered to be problematic (T734/12 or T1118/12). However, the choice of a novelty establishing sub-group must not be arbitrary. In particular, there should be a functional relationship between the particular physiological and pathological status characterising the new sub-group and the therapeutic or pharmaceutical effect achieved (T1399/04).

The right way – a new mode of administration

The right time – a new dosage or dosage regimen

The question of whether a new dosage regimen may result in a European patent was addressed in detail by the Enlarged Board (G 02/08). In particular, the feature ‘once per day prior to sleep’ was found suitable to establish novelty of a second medical use claim. However, the board decided even more generally that patenting is not excluded where a dosage regimen is the only feature claimed, which is not comprised in the state of the art.

Novelty of a second medical use claim relying on a known substance or composition for a medical use known in the prior art may be established by identifying the new sub-group of patients to be treated, a new dosage regimen or a new mode of administration. However, it should be considered that all requirements for patentability under the EPC, in particular inventive step and sufficiency of disclosure, must also be fulfilled. It is especially important to show a functional relationship between the therapeutic or pharmaceutical effect achieved and the novelty-establishing feature.

A corresponding surprising or beneficial effect should be disclosed at the patent application’s filing date (T 1592/12); or it should at least be made plausible in the application as filed that the novelty-establishing feature contributes to the solution of the problem to be solved. Provided such plausibility, EPO case law allows for submitting supplemental data that proves the claimed effect even after the filing date.

Where a new sub-population is characterised by its physiological or pathological status (eg, by biomarkers), the application should describe how the corresponding status will be determined. In particular, after completion of clinical trials and their evaluation, it should be considered whether to file a new patent application relating to new sub-groups of patients and new dosage regimens, as identified by analysing the results of the trial.

The step of determining a patient’s physiological or pathological status renders a well-established basis for a claim if the determining step is new. 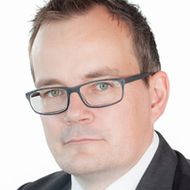 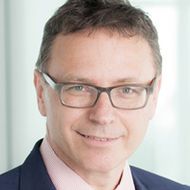