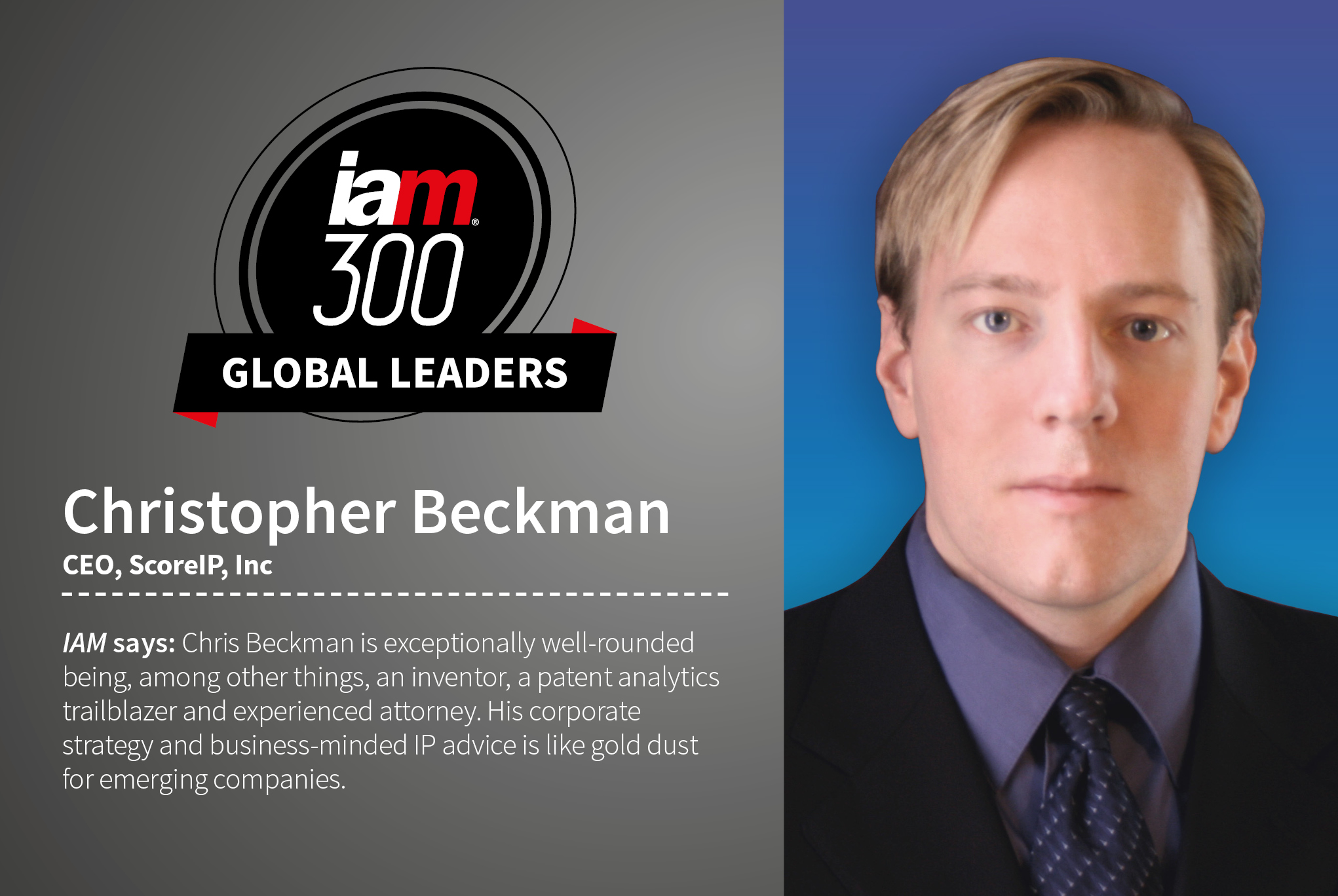 Transitioning from a traditional patent attorney career to a new role as an IP consultant felt very radical at the time, and my beloved friends and colleagues shared my terror! We do, after all, make a very comfortable living and enjoy fascinating, futuristic work, as patent attorneys. But although I relished conventional patent work, I always felt a deep urge to build new things myself, and I saw endless opportunities for understanding and developing new technology and intellectual property with the advent of Big Data. I still love helping other entrepreneurs with their visions, and always will, but I do that better now, developing fundamental new technologies and approaches to the innovation table. The unique data, software and tech products that ScoreIP (and its data backbone, JudicalStats) have created make me 200% better as an IP strategist, because I still have the experience and insight of a patent attorney, but can now deliver so much more than just legal analysis.

What led you to work on the groundbreaking patent and legal statistics database project, JudicialStats, and how are patent analytics transforming innovation?

When the JudicialStats project began in 2010, I was working at Manhattan IP boutique Fitzpatrick, Cella. Although small, we were entrusted with multi-billion-dollar patent cases, such as the litigation protecting Blockbuster blood pressure drug Benicar (which we won at trial and on appeal). I realised that so much hinged on actionable intelligence that we simply did not have. Sure, we would poke around a bit and talk shop informally about judges, patent examiners and other decision makers, but there was nothing reliable, rigorous or even consistent; it was all through the grapevine and usually biased and wrong. I searched for dedicated providers of rigorous patent examiner and judicial data and, to my amazement, they just were not out there. I think that coming from a scientific background, as well as a legal one, conditioned me to realise the huge, untapped opportunity for a scientifically rigorous patent and legal analytics business. Copiers quickly followed, of course, but we were the first (and I believe we are still the best) dedicated patent statistics company. We have since launched several new products, which are even more exciting than our original statistical reports. So, think of us as a re-emerging stealth company, at the moment.

You are known for working with big-name firms, including Walmart (Jet.com) and Major League Baseball, as well as start-ups. What are the major differences in managing such different client relationships?

It is true that we work with all – large and small. Some of our clients are among the biggest in the world. Others are as small as they get – individual inventors. But they all have something in common – they are intensely entrepreneurial and open minded, seeking out cutting-edge approaches to intellectual property and tech development. They do not just build new technologies, they build them in brand-new ways, striving to understand the very source of invention and how to make it more robust. In this sense, at ScoreIP, we are an entrepreneur’s entrepreneur.

You are a named inventor yourself. How has that affected your attitude to – and insight into – patent protection?

I will come right out and say it – I am pro-patent and pro-IP rights in general. I believe that patent rights, although certainly not perfect, provide vital protection for the risky businesses of new, cash-strapped innovators. It feels strange even phrasing it that way, since for most of recorded history, that has not been a radical ‘coming out’ statement. But there has been a great deal of confusion over the role of intellectual property in the past 10 years. At the same time, I understand the concerns and grief on the other side of the ‘V’, in patent cases, leading to that watershed moment known as the America Invents Act in 2012. The challenge of the next 10 years will be to develop patent law and policy in new, more considerate and constructive directions, revitalising inventor protections, while also improving patent quality and transparency. The groundwork for that rebirth is being laid as we speak.

What do you expect to be the next big tech sectors to take off – and how can companies and investors best position themselves to capitalise on these?

It is no question that AI will be the next fundamental technological revolution, far exceeding the impact of its precursor – the information revolution. I also believe that new players should, at least partially, grow from new, surprising places – much as the internet companies that we know as the most dominant in the world today were mostly ‘new blood’. When IBM emerged, it was not a division of General Electric, and when Google emerged, it was not a division of IBM. All these luminaries are still huge today. But change includes new voices, new methods, new inventions and even brand-new ways to invent. That is what we strive to understand and develop at ScoreIP. We can expect a fundamental power shift, not just a technological one, over the next 30 years.

Christopher Beckman is a founder and CEO of ScoreIP, an innovation consultancy based on invention-for-hire and Big Data. Through ScoreIP and its sister database company, JudicialStats, Mr Beckman helps entrepreneurs to develop new intellectual property, identifying extremely valuable white space for their businesses. His clients include small, fast-growing entrepreneurs and major corporations. A prolific inventor himself, he has licensed his own patents to industry. Mr Beckman received a JD, with honours, from the University of Connecticut, and holds state bar and patent licences.