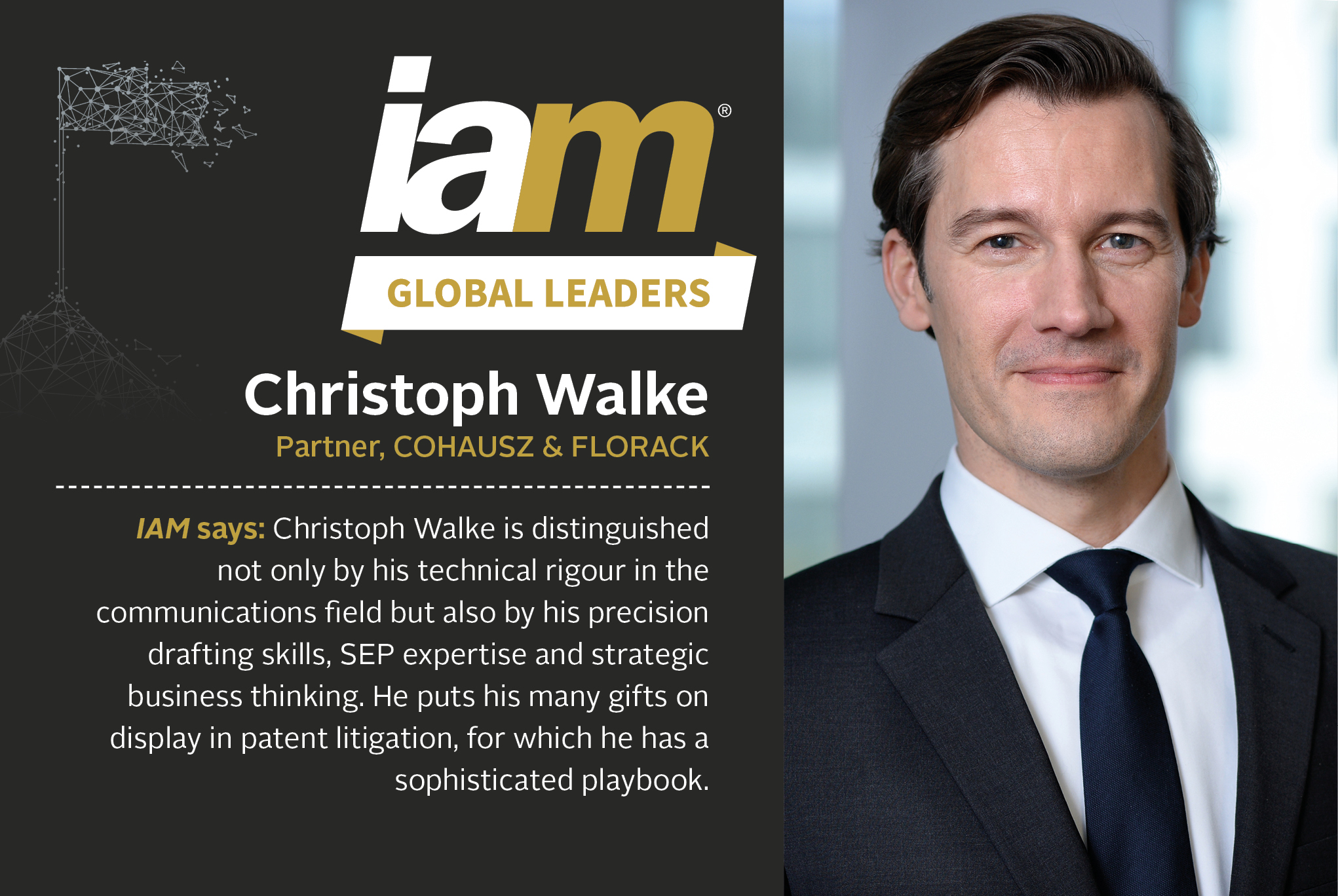 How has your practice adapted to changing client demands over the years?

From a strategical perspective, I observed that even smaller clients were starting to think about patent monetisation rather than mere patent creation for defensive and marketing purposes. We therefore built up patent monetisation expertise and became increasingly active in patent litigation and due diligence. From an organisational perspective, clients are showing an increased need for specific reporting and billing and have started to use commodities providers for predominantly formal tasks (eg, patent filing, validation and annuities). Accordingly, we have pushed digitalisation, established interfaces to make all data easily available for the service user and streamlined our formal processes to become even more cost-efficient.

What steps can be taken to develop existing patent pools and improve access to newcomers?

The main driver for developing existing patent pools is attractiveness for potential licensors. Potential licensors have an interest in the licence fee requested by the pool being adequate (with bilateral licensing as a reference). Fair distribution of the collected licence fees among licensors is also vital and should be based not only on the licensors’ respective patent count, but also on whether the patents actually pertain to distinct inventions, and by which authority they have been granted. Potential licensors also like to see that the pool is ready to litigate against unwilling licensees. From a newcomer licensee perspective, a one-stop solution (ie, one pool per technology field covering most of the relevant patents) is attractive, and the licence fee has to be fair and reasonable. Factors to take into account here are the number of patents included in the pool, whether they have been checked for essentiality and whether there is some indication of validity.

What are the main implications of the German Federal Supreme Court’s decision in Sisvel v Haier for SEP owners?

Chinese company Haier has filed a constitutional complaint against the Sisvel v Haier decision, asserting that the Federal Supreme Court did not properly apply the FRAND rules of the Court of Justice of the European Union (CJEU). If the complaint is accepted by the Constitutional Court – and if the Constitutional Court considers Haier’s arguments to be convincing – the case may be referred back to the Federal Supreme Court under an obligation to refer the case in turn to the CJEU. This could have an impact on all pending SEP litigation campaigns. If the Constitutional Court does not accept the complaint, it will be harder for a defendant to show that it is a willing licensee in view of the Sisvel decision, unless it clearly states that it is ready to take a licence on FRAND terms, whatever these may be.

What steps do you take to ensure that highly technical concepts are made clear and accessible for key stakeholders and judges?

Patent attorneys serve as an interface between technology and law – the ability to present complex technology in an understandable manner to different audiences is therefore crucial. For this, we provide tutorial-like background information on the technology concerned and use consistent language when referring to various prior art documents that use different notations, provide coloured annotations of existing figures and create focused and abstracted new figures. We also draw up step-by-step examples, particularly in cases of complex algorithms, and use video presentations that demonstrate the technology in action, including animated videos (eg, to present mathematical or physical concepts).

How do you expect the German patent litigation landscape to develop in the next five years?

With the new draft legislation in Germany to ratify the UPC and the United Kingdom’s recent withdrawal from the ratification of the UPC Agreement, the chances of the UPC entering into force have improved to some extent. It can no longer be excluded that future litigation of European patents that have not been opted out will take place at the UPC rather than at national German infringement courts. A further factor is how the Constitutional Court deals with Haier’s complaint against the Federal Supreme Court’s decision in Sisvel. SEP holders will clearly have to factor this situation into their pre-litigation risk analysis. What is almost certain is that there will be a further increase in SEP litigation if Haier’s complaint is not accepted by the Constitutional Court. Further, an increase in litigation in Germany with Chinese companies as plaintiffs is expected.

Christoph Walke is a patent attorney and partner at COHAUSZ & FLORACK. He specialises in information and communications technology, audio, video and data processing, software and cryptography. He has particular expertise in infringement and invalidity proceedings and global-scale patent prosecution, primarily concerning technically complex and standard related inventions. Dr Walke also has extensive experience supporting companies in their expansion of existing business fields and the acquisition of new business units through freedom-to-operate searches and due diligence evaluations.