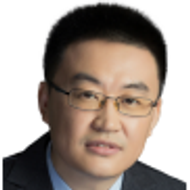 On 3 March 2021, the Supreme Court released a judicial interpretation on the application of punitive damages in the trial of civil cases involving IP rights infringement with immediate effect. The main purpose is to coordinate and unify the criteria and language used in these different cases.

In China, the damages that a court awards to compensate the prejudice caused by IP rights infringement are calculated using nearly the same method across all IP laws (ie, those covering trademarks, patents, anti-unfair competition, new plant varieties and copyright). The plaintiff may base the calculation on either its own losses or the amount of illegal gains that the infringer obtained, or a reasonable level of royalties that would have been paid if the infringer had obtained the authorisation to use the IP right in question. Further, the plaintiff may ask the court to make an estimate based on the circumstances of the case and award damages of up to Rmb5 million (statutory damages).

The above calculation only aims to compensate for the wrongful act. It cannot be used to punish an infringer through the payment of a higher amount. It has been said that this compensation system was missing the necessary deterrence in cases where the infringer had acted in obvious bad faith or where the circumstances were considered to be serious. This is where the concept of punitive damages enters the picture.

Punitive damages in china involves increasing the damages by multiplying the amount calculated according to the law (following the methods set out above) by a coefficient, which is currently set at a maximum of five.

China started introducing the concept of punitive damage into its IP legal framework in 2013 with the revision of the Trademark Law. Punitive damages were then added to the Seed Law (2015) protecting the New Plant Varieties Law and the Anti-Unfair Competition Law (2019), the Patent Law (2020), the Copyright Law (2020) and the Civil Code (2020).

The main purpose of the judicial interpretation published by the Supreme People’s court is to coordinate and unify the criteria and language used in these different laws.

The court also provided some procedural details alongside the interpretation, explaining how a plaintiff may request punitive damages. For example, it is clear that these damages will only be granted if they have been requested by the plaintiff (Article 1). The plaintiff must specify, the calculation mode of the punitive damages in its request (Article 2). The request should be made before the end of the first-instance debate. If the request for punitive damages is made at second instance, the court may act as a mediator. If no agreement is reached, a new lawsuit should be filed.

Punitive damages can only be awarded to a plaintiff that can prove that the infringement is intentional (or malicious) and that the circumstances are serious.

The interpretation clarifies these terms. ‘Intentional’ or ‘malicious’ is described (Article 3) as follows:

The following circumstances are considered to be serious (Article 4):

The Supreme People’s Court’s judicial interpretation reiterates the general principles established in the respective laws concerning the assessment of the damages: the court may order the defendant to disclose its accounts and, in case of refusal, the award may be based on the plaintiff’s evidence and claims (Article 5).

The exact multiplication coefficient is decided by the court according to the circumstances. If a defendant that has been already subject to an administrative fine or a criminal punishment asks the court to reduce the punitive damages or order an exemption, such request should not be supported. However, the court may take the other punishments into consideration when deciding on the multiplication coefficient.

Many of the above circumstances come from the 2020 guiding opinions from the Beijing Higher People's Court on the determination of damages in IP rights infringement and unfair competition cases and the adjudication criteria for statutory damages.